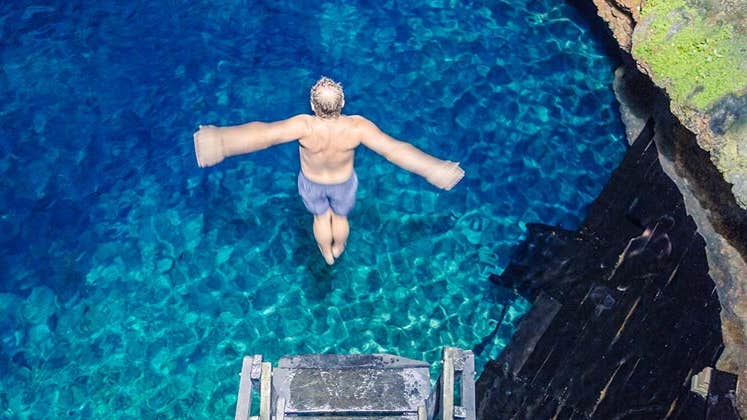 IRA investing is an entirely individual endeavor. Everyone’s journey — through the accumulation phase during their career, into the distribution phase during retirement — is fairly unique. But there are some common themes.

For instance, young people can often afford to take some risks in their retirement account, as it will be a very long time until the money is needed. At the other end, people nearing their retirement date typically avoid excessive stock market exposure.

All of this relates to an investor’s risk capacity.

What is risk capacity?

Risk capacity is the level of risk investors can afford to take to meet their financial goals. It’s a measure of an account’s capacity to recover from volatility based on the number of years before the money is needed.

Understanding where you are in your IRA investing journey can help you invest better over time and hit your financial goals.

Stocks can be scary, but they are generally a necessary source of returns for retirement investors.

The cost of that extra return is volatility in price, as companies endure the vicissitudes of the economic and business cycles.

For investors, that raises the question: “How comfortable are you trading off risk and expected returns?” says CFP professional Jonathan Duong, CFA, founder and president of Wealth Engineers in Denver.

The answer for many people is, “Not comfortable at all, thank you. I will just take my money and bury it in the backyard.”

While that would keep money safe from stock market risk, dropping your life savings into a hole in the ground guarantees zero growth. Sticking to overly conservative investments in your IRA accounts can have a similar effect.

Instead, investors may be better off focusing on the end goal of retiring and evaluate the risk capacity of their IRA account.

“Risk tolerance is at the human level, but risk capacity is at the account level,” says Jim Saulnier, a CFP professional and owner of Jim Saulnier and Associates, headquartered in Fort Collins, Colorado.

“Risk tolerance is the emotional reaction to a loss that is very fluid,” he says. “I can guarantee you that people had very high risk tolerance a few years ago and at the turn of the year, it got very low.” January 2016 was a tumultuous month for stocks.

He recommends thinking about it in terms of “risk capacity,” which is “a measure of how the intended use of the portfolio would be impacted if the account fell by a certain percent: 10%, 30%, whatever,” says Saulnier.

The consequences of a 40% stock market drop on an account earmarked for use in 30 years are quite different from the consequences for someone beginning distributions from their IRA accounts next year.

The capacity of your IRA to weather the fluctuations of the market is tied directly to your timeframe. In general, investors who need their money next year should use a fairly different strategy than someone with 30 years until retirement.

“We could have a 20-year old who is very conservative, with a very low tolerance for risk. But we know that if we invest in conservative investments — for instance, a stable value fund or money market fund — we’re not doing them any favors,” says Saulnier.

Time is the key ingredient in several ways. A long span of time allows ample opportunity for your investments to recover after a big crash, and enables you to buy those investments at sale prices. Time also allows you to take advantage of compounding interest for decades.

It sounds obvious, but everything gets much more complicated as your timeframe narrows and retirement approaches. The complexity intensifies once retirement hits.

When retirement is about 10 years away, “We encourage people to recognize that they are entering the transitional phase when a significant loss can hurt them,” Saulnier says. That typically requires ratcheting up the safe investments and dialing down the risk in the portfolio.

The typical 25-year-old investor can own an IRA with high risk capacity, since the money won’t be needed for 30 or more years. But a retiree’s IRA should have low risk capacity so the funds will be available for his (or her) use.

“When we start working with people in their 60s and 70s, mental accounting is hard for them to do, so we break their IRA into 2 or 3 IRA accounts,” says Saulnier. Physically seeing the separation helps people imagine their accounts as a series of buckets.

The first bucket is cash, and should be enough to cover 3 to 5 years.

“The middle bucket has more risk capacity to it — don’t need (it) for 6 or so years. Fixed annuity or laddered CDs. Then we’ll have the 3rd pool of money, and (they) may not need this for 8, 10 or 12 years,” Saulnier says.

The risk capacity for the second and third IRA accounts is higher than for the cash account.

It’s a lot of work, but it’s necessary to keep people on track and, hopefully, solvent in retirement. It certainly beats the problem of not having enough money in retirement.