Series I bonds are a tempting proposition for investors looking for protection against inflation. The government bonds currently pay a solid 6.89 percent yield. And that figure is adjusted to inflation so if prices rise still further, investors can earn a higher rate than even what they get now. Not surprisingly, this inflation protection has made Series I bonds attractive to savvy investors.

“There is one place to hide from inflation – Series I bonds,” says Don Parker, a former chief risk officer and chief information officer at BOK Financial.

The key downside has been that individuals are limited to buying $10,000 in Series I bonds each year. But individual investors actually have a way around this limit, letting them double- or even triple-dip (or more) their investment in Series I bonds – but almost no one knows about it.

The secret to investing more in Series I bonds

Series I bonds can be a really attractive investment right now, but let’s quickly recap why, before showing you how you can buy more than the typical $10,000 annual limit.

The Series I bond currently pays 6.89 percent interest, and the rate adjusts semiannually in May and November. If inflation rises, the bond has a variable component that moves the bond’s yield higher. Of course, it works the other way, too, and the rate has recently fallen from 9.62 percent, as inflation slowed somewhat. On top of that, investors will only pay tax at the federal level and can legally sidestep state and local taxes on Series I bonds. And with the backing of the U.S. government, investors have as safe a way to invest as exists.

“The Series I bond is riskless,” says Parker. “There’s no principal risk here, regardless of where interest rates go.”

“And the rate never goes below zero,” he says. “There’s a rate cap on the downside and no rate cap on the upside, so your principal is perfectly protected against inflation.”

Normally, you’re limited to purchasing $10,000 per person on electronic Series I bonds per year. However, the government allows those with a federal tax refund to invest up to $5,000 of that refund into paper I bonds. So most investors think their annual investment tops out at $15,000.

But that’s incorrect, and investors can actually invest tens of thousands more, say Parker and others.

That is, if you have a business, that business can also purchase Series I bonds up to the $10,000 annual limit. That works if you’re running a sole proprietorship or even a side hustle. It can also include other kinds of entities such as trusts or even limited liability companies (LLCs). An LLC is a popular way among landlords to legally organize a series of rental properties.

“In many states there are low-cost ways to set up an LLC,” says Parker. “And that LLC is a separate entity from you, even if you share its Social Security number and a bank account.”

For example, Parker outlines a way that you could open many LLCs for a nominal fee. Then you can go to TreasuryDirect – the site for buying government bonds directly – and open an account for the entity. Buy the maximum amount of $10,000 in each account and enjoy risk-free income.

Parker says it’s not even necessary to get a separate tax ID (known as an EIN) for each entity. But other experts disagree, and say that it’s important that the business is clearly separate from you as an individual.

A tax ID for the business is vital, says Morris Armstrong, a registered investment advisor at his own company in Cheshire, Connecticut. He says that the Treasury looks at these accounts by EIN, but that in principle there’s no issue with having multiple entities and maxing out each.

“There would be nothing preventing someone from creating multiple trusts and doing it, either, except for the cost,” says Armstrong.

Parker says that between opening the LLC and then setting up the account for the entity on TreasuryDirect and funding it, it should take less than 10 minutes total.

“I suspect this will be like no other investment opportunity that I’ve seen in my lifetime over the next two or three years,” says Parker.

Armstrong is a little less optimistic, but does say that it “could be a reasonably attractive deal after a year,” once you factor in the expenses of setting up everything.

Investors looking to use this method should keep good records that document any entities that they’re using to purchase Series I bonds. You’ll need to be organized and maintain account numbers for every entity that you’re using. And if you’re not setting up separate tax IDs for each business, even if you set up an LLC, you may be running a risk that the Treasury calls you on it.

Parker himself has used this approach to set up multiple LLCs and buy up to the $10,000 limit for each entity. His strategy was spotted by Treasury officials, who questioned how he had purchased so many Series I bonds in a single year and were suspicious that these LLCs did actually exist. Parker says he showed them the proper legal paperwork validating them.

If you’re looking to set up multiple LLCs, it can be worthwhile to look around at which state offers the lowest cost. Not all states charge the same amount, says Parker, who highlights Michigan as a state that charges relatively little to establish the legal entity. You’ll want to keep costs low, so you don’t eat away at your returns, but Parker says you can set one up for $50, if you look.

Of course, there are other issues with investing significant amounts of money into a single type of bond. While the Series I bond eliminates principal risk and inflation risk, investors must keep their money locked up for at least a year. You simply won’t be able to sell the bond before then. So if there’s any chance you’ll need the money before a year, the Series I bond is not for you.

And if you sell the bond within five years of purchasing it, you’ll have to pay a penalty of three months’ interest. However, if inflation calms down, that penalty will decline as well. Of course, if inflation does fall to more normal levels, it makes the Series I bonds much less attractive, too.

“I think that a lot is being made about the I bonds, which were not a significant instrument until inflation hit hard, and now people want to pile in,” says Armstrong.

Before you begin with this approach, it could be worthwhile to consult a financial advisor so that you have all the details ironed out and fully understand the risks.

Series I bonds are an attractive investment option right now. Investors looking to take advantage of their high yield should act soon, so they can capture the high rate currently on offer. However, even though rates on the Series I bond declined in November, few investors expect inflation to suddenly come to a halt, giving you an extended period of high interest rates with a low-risk government bond. 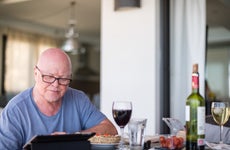 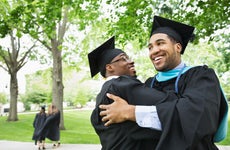 How to use Series I bonds for college savings 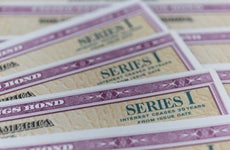 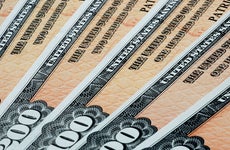 Savings bonds 101: How they work and what you need to know