3 min read Published November 10, 2022
Written by
Brian Baker
Written by Brian Baker Investing reporter
Bankrate reporter Brian Baker covers investing and retirement. He has previous experience as an industry analyst at an investment firm. Baker is passionate about helping people make sense of complicated financial topics so that they can plan for their financial futures.
Brian Baker
Edited by
Brian Beers
Edited by Brian Beers Managing editor
Brian Beers is the managing editor for the Wealth team at Bankrate. He oversees editorial coverage of banking, investing, the economy and all things money.
Brian Beers

Alpha and beta are two terms that get thrown around a lot in investing. They sound complicated, but they’re actually much simpler than they seem. Here’s what you need to know about alpha and beta in investing and the difference between the two terms.

Alpha measures the return on an investment above what would be expected based on its level of risk. It’s also sometimes used as a simple measure of whether an asset outperformed an appropriate benchmark such as whether an actively managed mutual fund outperformed an index such as the S&P 500.

How to calculate alpha

Alpha is sometimes casually referred to as a measure of outperformance, meaning the alpha is the difference between what an asset returned and what its benchmark returned. For example, if a stock fund returned 12 percent and the S&P 500 returned 10 percent, the alpha would be 2 percent.

But alpha should really be used to measure return in excess of what would be expected for a given level of risk. If the fund manager outperformed an index, it may have been because the fund assumed more risk than that of the index.

Beta, which measures an asset’s volatility and can be used to gauge risk, can be used in determining expected return. If a stock has a beta of 1.2, it might be considered 20 percent riskier than the benchmark and therefore should compensate investors with a higher expected return. If the index returned 10 percent, the stock should return 12 percent. If instead, the stock returned 14 percent, the additional 2 percent would be considered alpha.

Alpha is most often used in the fund industry to measure a portfolio manager’s skill. Generating alpha is the goal of active fund managers because they’re earning returns above what would be expected for a given level of risk-taking.

A fund manager may generate alpha over any time horizon, but it’s most valuable when it’s generated consistently over long periods. Warren Buffett’s company Berkshire Hathaway (BRK.B) has outperformed the S&P 500 by nearly 10 percent annually since 1965. This means that a $1,000 investment in the S&P 500 at the beginning of 1965 would have been worth about $296,000 at the end of 2021, whereas the same investment in Berkshire would have been worth more than $34 million. That’s a lot of alpha.

What is beta in investing?

How to calculate beta

Beta is calculated by taking the covariance between the return of an asset and the return of the market and dividing it by the variance of the market. The measure is backward looking because you’re using historical data in the calculation of beta. Beta may or may not be a useful measure on a go-forward basis.

Fortunately, you won’t have to calculate the beta for each stock you’re looking at. The beta for any stock can be found on most popular financial websites or through your online broker.

Here are three popular securities and their betas as of Nov. 4, 2022.

Different investors might be interested in each of those investments for different reasons. A passive investor looking to earn the market return might choose the Vanguard index fund, while a more aggressive investor who is comfortable with higher levels of risk might select Tesla. Conservative investors looking for stability might select Walmart because of its low expected volatility.

Differences between alpha and beta

Though both greek letters, alpha and beta are quite different from each other. Alpha is a way to measure excess return, while beta is used to measure the volatility, or risk, of an asset.

Beta might also be referred to as the return you can earn by passively owning the market. You can’t earn alpha by investing in a benchmark index fund.

While alpha and beta might sound like complex and intimidating financial terms, they’re really just ways to measure risk and return. While both measures might be considered before making an investment, it is important to remember that they’re backward-looking. Historical alpha isn’t a guarantee of future results and an asset’s volatility can fluctuate from one day to the next. 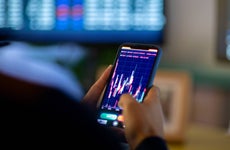 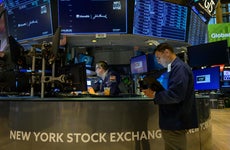 Investing vs. speculating: What’s the difference? 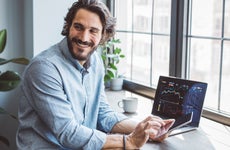 How to use beta to evaluate a stock’s risk 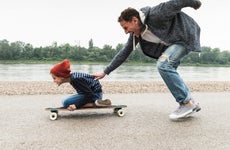