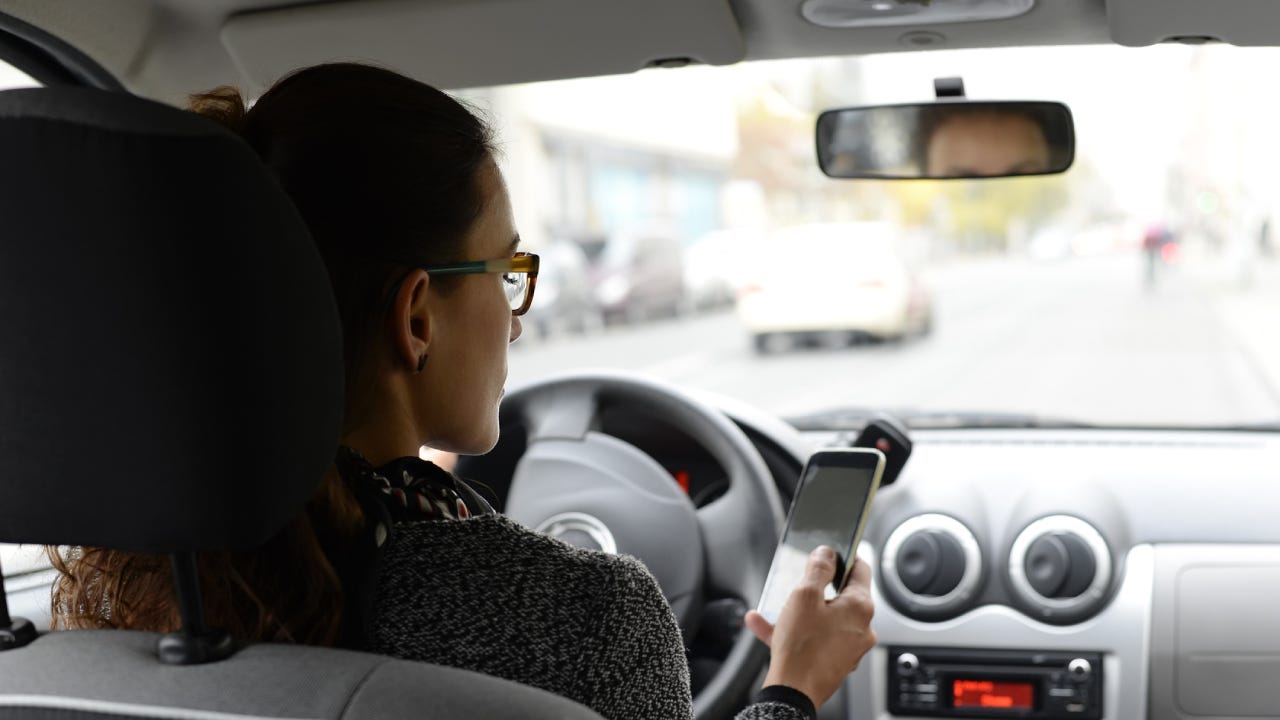 Distracted driving may be most closely associated with cell phone usage, but truthfully, there are multiple behaviors we are likely all guilty of that contribute to this driving hazard. The distracted driving statistics paint a picture of how devastating the results can be when we drive while preoccupied.

What is the definition of distracted driving?

Distracted driving behaviors and their effects

When discussing the number of distracted driving behaviors, what is most alarming is the sheer number of possibilities for distraction. Many of the distractions involve more than one type, such as cell phone usage, which is a manual, cognitive and visual distraction for drivers.

For example, texting takes your eyes off the road for about five seconds, the length of a football field when you are driving 55 mph. But it also increases the risk of a crash 23 times, according to a study conducted by the Virginia Tech Transportation Institute.

Another study found when drivers are not paying attention, they fail to comprehend or process information from objects in the roadway, even when looking at them. In other words, when you are distracted, your brain and visual processing are not working together.

Distracted driving statistics through the years

While we may think of driving distracted as a “newer” problem as more cell phones and technology are made available to us in our vehicles, distracted driving has occurred for years.

In April 2006, a study released by the Virginia Tech Transportation Institute and the NHTSA found that almost 80% of crashes and 65% of near-crashes involved some form of driver inattention within three seconds of the event. The study goes on to find the most common distraction was the use of cellphones, followed by drowsiness.

Interestingly, cell phone usage was noted as far less likely to cause the crash versus other distractions. Reaching for a moving object, such as a falling cup, increased the risk of a crash nine times, whereas talking on the cell phone increased the risk by 1.3 times. This one of the first studies to look at the effects of distracted driving.

In the same year, another study from the University of Utah concluded that talking on a cellphone while driving was as dangerous as drunk driving. The study was challenged at the time because it did not show hands free cell phone usage lessened the likelihood of a crash.

When looking at the data over from 2010 to 2018, the number of fatalities from distracted driving appears to have decreased. For instance, 2018 shows the least amount from the last ten years.

When looking through the data surrounding distracted driving, a few key risk factors begin to emerge.

The first is age. While the assumption by many is that teenagers are the most distracted, the data indicates otherwise. According to the NHTSA, of the fatalities caused by distracted driving in 2018, the 20 to 29 year olds had the highest number of deaths. 25% of the fatalities occurred in this age group, versus 9% of 15 to 19 year olds.

However, other risk factors around teenage drivers should be taken into consideration. The CDC’s Youth Risk Behavior Surveillance System (YRBSS) study in 2019 found 39% of high school students who drove in the past 30 days texted or emailed while driving. It was also more common in the older students than the younger drivers.

How common is distracted driving?

When reviewing the NHTSA’s information from the last 10 years, the number of total crashes due to distracted driving has remained steady. It has also remained a significant contributor as the cause of accidents. Since 2010, at least 14% of all crashes are a result of distracted driving, and the number has pushed as high as 17% (in 2010).

Cell phone usage has played a role in the distracted driving cases, but it may not be the definitive cause that most people assume. In 2018, 13% of the fatalities were directly contributed to cell phone use. There were multiple other distractions noted as the cause of a crash, including:

While cell phone usage — including texting — does contribute to overall crashes and fatalities, it should be noted there are numerous other distractions as equally dangerous while driving.

Drowsiness is another major factor contributing to distracted driving crashes. One study conducted by the NHTSA in 2015 showed 90,000 crashes were due to drowsiness alone.

The consequences of distracted driving

Unfortunately, distracted driving has a wide range of consequences. While some are more severe than others, the effects can last a lifetime.

Each state has different laws when it comes to distracted driving. While some states ban hand-held cell phone usage all together, 48 states have a ban on texting while driving. If you are caught violating these laws, consequences range from fines, to points against your license. You could also face license suspension and even jail time, if it results in a crash.

Some states, like Kansas, can charge you with reckless driving. This could make it difficult when you are applying for a job and certainly can affect you when shopping around for car insurance. With any points added to your license, this could cause your car insurance rates to increase.

On a national level, distracted driving has caused insurance premiums to increase 16% since 2011, according to The Center for Policy and Research.

Distracted driving can easily cause accidents, which also has a significant impact on rates, as shown below:

How to prevent distracted driving