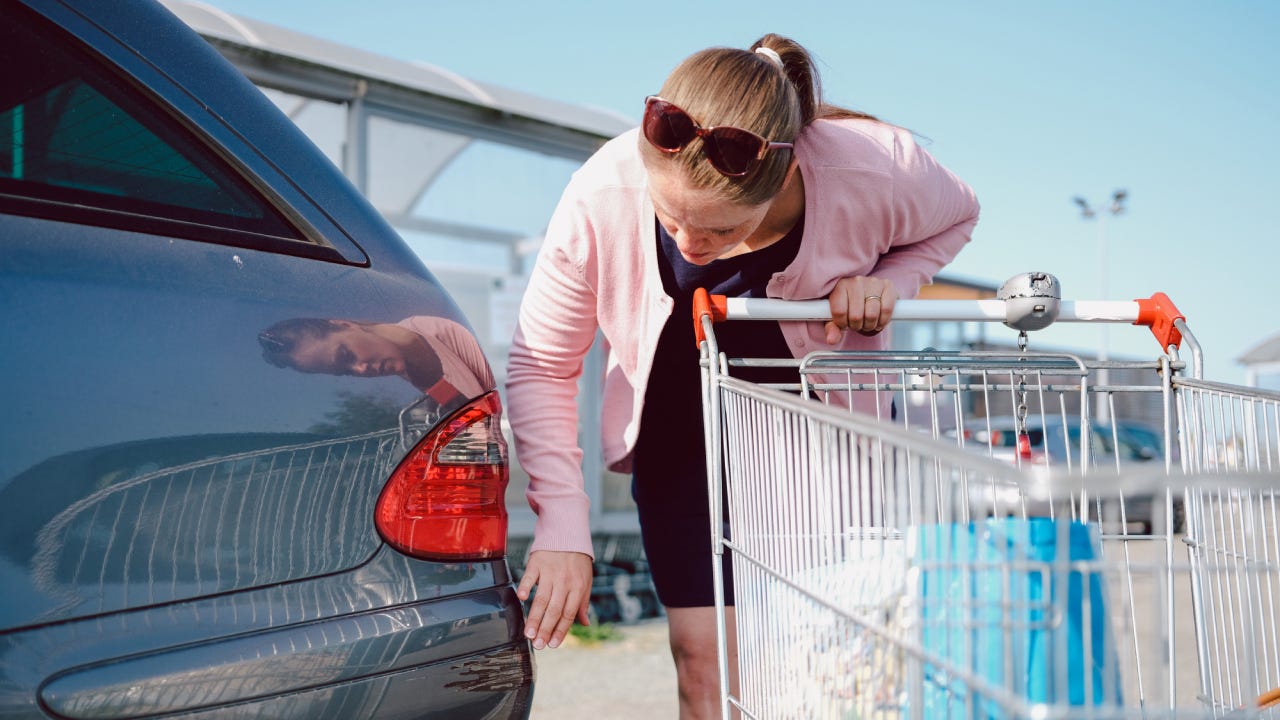 Being involved in a car accident isn’t ideal, but there are certain factors, like a driver hitting your car and then leaving the scene, that can make it worse. Exchanging contact and insurance information after an accident is required in California, but some drivers flee the scene, making it a more complex — and potentially more expensive — issue for the victims.

If you’re involved in a hit-and-run in California, there are some steps you can take to help remedy the issue. Additionally, if you have full coverage car insurance, you may have some recourse, as your policy may still extend coverage for car repairs and medical bills. Here’s what else you can do after a hit-and-run accident in California.

An accident is considered a hit-and-run if the at-fault driver flees the scene without stopping to exchange insurance and contact information with the other party. In California, drivers are required by the California Traffic Code to move their vehicles out of the traffic flow to stop, exchange information like their name, current address, and vehicle registration number, and offer “reasonable assistance” to the injured.

When it comes to insurance, California hit-and-run laws differ from other states. Specifically, drivers can’t use uninsured motorist insurance to pay for damage to their vehicle if they can’t identify the other driver. There are, however, stiff legal penalties for the other driver if they are found. Those penalties depend on the amount of damage they caused. Here’s a quick overview of California hit-and-run laws:

California hit-and-run law states that this offense can be charged as a misdemeanor or felony. Generally, property damage results in a misdemeanor and fatalities almost always result in a felony charge.

But even with the rate freeze, other circumstances can impact your car insurance premium. For example, if hit-and-run drivers are caught, their car insurance premiums can increase, in addition to the other penalties that they may face. They may also be considered high-risk drivers, which could require them to file an SR-22 form, which could lead to a surcharge or insurers declining to insure.

Four things to do after a hit-and-run in California

Drivers who are victims of a hit-and-run can take certain steps to protect themselves after the accident, including:

1. Make sure everyone is safe.

Move your vehicle out of the flow of traffic and check on yourself and any passengers. Your priority should be to call for medical attention if anyone needs it.

2. Call the police and have them come to the scene to file a report

When it comes to a hit-and-run, you’ll want to involve law enforcement to raise the chances of finding the other driver and gathering evidence of what happened. If the driver who left the scene is found, they’ll need to pay for the damages to your car and any medical bills related to the accident. You may also need a police report in order to file an insurance claim.

Take notes on everything you can remember about the other driver and vehicle while the information is fresh in your mind. See if any eyewitnesses can contribute and ask them to stay and talk to the police. If they can’t or won’t stay at the scene, get their contact information. Take pictures of the damage and look for pieces of the other driver’s car to help identify them, but don’t move the evidence if you find it. It’s best not to touch anything and let the police collect any evidence at the scene.

They will let you know what information is needed to file a claim.

Whether or not your insurance will cover a hit-and-run will depend on what coverage is included in your car insurance policy. Drivers in California are required to carry at least a minimum amount of bodily injury and property damage liability coverage, but it only extends to the other party that you hit in an at-fault accident. It does not insure you or your vehicle if someone hits you.

If you have additional coverage, like collision and comprehensive coverage, then you will have some coverage for your car against a hit-and-run driver, as these types of coverage will pay to repair your vehicle. However, you will still be responsible for your deductible unless the other driver is found. If you have medical payments coverage as part of your policy, it could also go toward hospital bills. Medical payments coverage doesn’t have a deductible.

It’s also important to note that both of these coverage types are optional and are not likely to be included in a standard auto insurance policy. It can be tempting to skimp on coverage since auto insurance in California is already more expensive than in many other states. Still, the minimum level of state-required liability insurance is unlikely to cover all the costs associated with an accident. When shopping for an auto policy, it’s a good idea to research the cheapest and best car insurance companies, then speak with a licensed insurance professional before purchasing to ensure you have adequate coverage.

in this series Finding the Best Car Insurance in California