What do the 1 percent pay in taxes? 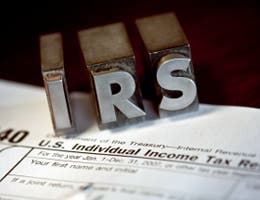 Wonder how much the rich pay in federal income tax? According to estimates by the Tax Policy Foundation, the top 1 percent of earners (incomes in excess of $615,000) are paying nearly half — 45.7 percent — of individual income taxes for tax year 2014.

The top 20 percent, with incomes above $134,300, contribute nearly 84 percent of all federal income taxes.

Meanwhile, the vast majority of earners, those in the bottom 80 percent, pay about 15 percent, with the bottom 60 percent contributing 2 percent to federal income taxes.

Total estimated income for 2014 is $13.7 trillion, while total U.S. individual federal income tax is $1.26 trillion, according to the Tax Policy Center.

While the rich certainly earn more than the majority of workers, the progressive tax code in the U.S. means that they pay a higher percentage in tax as well.

Want to know how the rich invest, save and spend? Learn from financial experts the secrets to building wealth.