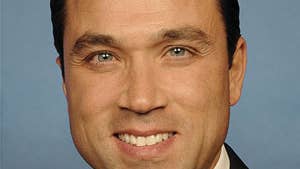 Washington’s reputation, such as it is, took another hit this week when a New York congressman was indicted for, among other things, tax evasion.

Rep. Michael Grimm, a Republican who represents Staten Island and part of Brooklyn, was arrested Monday morning and pleaded not guilty to a 20-count federal indictment. He was released on $400,000 bail.

The charges are in connection with the Manhattan health-food restaurant Healthalicious that Grimm partially owned and operated before being elected to Congress in 2010.

The federal indictment alleges that between 2007 and 2010, Grimm paid “a significant portion” of the restaurant employees’ wages in cash.

He also allegedly kept two sets of payroll records and hid the electronic spreadsheets that detailed what he actually paid from payroll-processing companies and an accountant. Because the payroll companies used incorrect information, says the indictment, the firms inadvertently filed.

The lawmaker also is charged with underpayment of New York state sales taxes.

Grimm’s legal tax troubles come on the heels of a Treasury Inspector General for Tax Administration, or TIGTA, report that the IRS issued bonuses, both in cash and compensatory time, to employees who did not pay their full tax bills.

According to TIGTA, between October 2010 and December 2012, more than 1,100 IRS tax-delinquent employees received an excess of $1 million in cash bonuses and 10,000 hours in time-off rewards.

The difference here is that while the bonus payments might have been ill-advised, they were entirely legal. While there is a federal law that the IRS employees who willfully avoid payment of taxes can be terminated, consideration of tax compliance is not required in handing out bonus payments.

TIGTA makes this clear in both the report’s title, “The Awards Program Complied With Federal Regulations, but Some Employees With Tax and Conduct Issues Received Awards,” and by noting that government-wide policies do not provide guidance on offering awards to employees with conduct issues.

Some IRS supporters — yes, there are a few — also have noted that it’s possible that the delinquent tax agency employees also could be paying off their debts as allowed any taxpayer.

So we have a variety of allegedly proactive tax evasion by a U.S. Representative and a legal but unseemly awarding of taxpayer money to IRS employees who haven’t paid all they owe to Uncle Sam.

Both situations are very small representations of their respective Washington, D.C., institutions — one of 435 Representatives and 1,100 of around 98,000 IRS employees.

But the message that taxpayers are getting is very big and in both cases, bad.