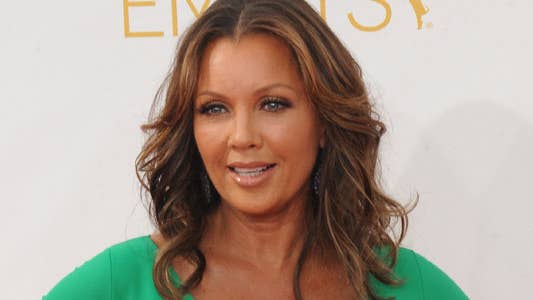 The IRS filed a nearly $370,000 tax lien against Williams, who starred in the popular television programs “Ugly Betty” and “Desperate Housewives.”

The filing, first reported by The Smoking Gun website, lists taxes that the IRS contends Williams didn’t pay for the 2011 tax year. The document, filed in New York where Williams is a resident, notes that the agency had filed a tax assessment against the actress in November 2012.

Williams joins a long list of celebrities who have had tax troubles. In most cases, the stars — or more accurately, their people — clear up the tax mess.

The IRS has some advice for the rest of us who must deal with tax liens sans a phalanx of attorneys. Apparently there are plenty in similar, albeit less costly, circumstances.

I’m attending the IRS Nationwide Tax Forum in Orlando this week. One of the more well-attended sessions was on what to do if you owe Uncle Sam.

Liens were part of the discussion, but the IRS representatives emphasized ways that taxpayers can avoid getting to that more dire situation.

The key is to get out in front of your tax debt. Many people can’t pay what they owe, but ignoring the tax debt only makes things worse financially.

Once the IRS has issued an assessment, if you don’t pay it, penalties and interest continue to accrue. Paying at least a part of the tax bill will reduce those additional charges.

After you’ve paid as much as you can toward the tax bill, look into an installment plan to pay off the balance. The IRS will work with you to set up an installment agreement under which you can meet all your bills, tax and otherwise.

If you owe taxes of less than $50,000 and can pay that back within 72 months, check into setting up an online payment plan.

There’s also no waiting for the IRS to get back to you on whether your payment agreement is approved. The online application notifies you immediately.

There is an application fee, but if you set up a plan that calls for direct debit of your payments, those costs are reduced.

The IRS says that of the almost 3 million installment agreements it has granted, 92 percent of applicants could have qualified for the streamlined online process. However, fewer than 100,000 people have taken advantage of the online option.

Even if you don’t want to set up a plan that way, do take some steps to get the U.S. Treasury its money.

You don’t want to end up like Vanessa Williams, facing a federal tax lien.