Undocumented immigrants pay $12B in taxes 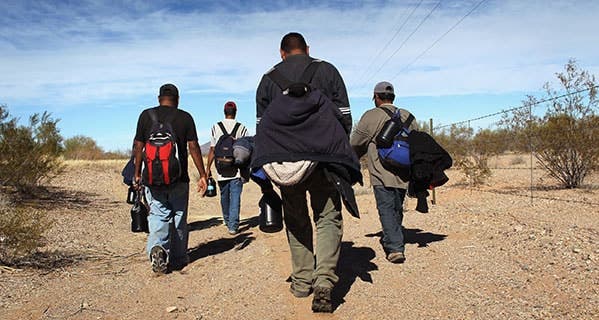 Donald Trump, who’s looking more like the eventual Republican presidential nominee with every passing primary, kicked off his campaign last June by railing against illegal immigration from Mexico. That has struck a nerve among many Trump supporters.

State and local tax collectors, however, might not be among those lining up to vote for The Donald.

A new study says that state and local treasuries are getting almost $12 billion a year in taxes from immigrants in the United States without legal status.

The most recent Institute on Taxation and Economic Policy, or ITEP, study on “Undocumented Immigrants’ State and Local Tax Contributions” finds that the 11 million undocumented immigrants currently living in the United States collectively pay $11.64 billion in state and local taxes a year.

Despite their illegal presence, these individuals pay sales and excise taxes when they purchase goods and services, says ITEP. The Washington, D.C.-based nonprofit’s latest study estimates that these tax payments come to more than $6.9 billion annually.

Many also are homeowners, according ITEP, meaning they pay around $3.6 billion a year in property taxes.

As for income taxes, ITEP says the “best evidence suggests that at least 50% of undocumented immigrant households currently file income tax returns.” In these cases, taxpayers use Individual Tax Identification Numbers, ITINs, since the workers cannot obtain Social Security numbers. These ITIN filings, according to ITEP calculations, come to around $1.1 billion a year.

Plus, says ITEP, undocumented workers who do not file tax returns still have taxes deducted from their paychecks. By not filing, they never get back any of those taxes.

Not surprisingly, the states with the largest populations benefit the most from undocumented residents’ tax payments.

The 2016 ITEP report estimates that California collected almost $3.2 billion from workers not in that state legally.

Illinois came in 4th, bringing in more than $743 million in taxes from undocumented residents.

New Jersey rounds out the top 5 states in taxes from individuals without proper paperwork, collecting more than $590 million.

The tax collections would be even greater, according to ITEP, if undocumented workers were allowed to remain in the United States without fear of deportation.

If President Barack Obama’s executive orders to let undocumented individuals stay are allowed to go through (the actions are on hold pending a U.S. Supreme Court hearing), the Washington, D.C.-based nonprofit says that those individuals’ tax payments would increase by another $805 million a year.

“Regardless of the politically contentious nature of immigration reform, the data show undocumented immigrants greatly contribute to our nation’s economy, not just in labor but also with tax dollars,” says Meg Wiehe, state tax policy director at ITEP.

Do you think the tax ends justify the illegal immigration means? Or do you think deportation is the proper route, forcing state and local governments to take a tax hit?

You can keep up with all the tax, and tax scam, news by subscribing to Bankrate’s free Weekly Tax newsletter. And follow me on Twitter: @taxtweet.