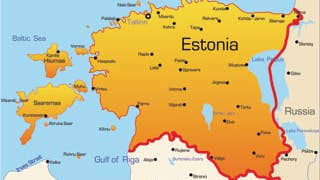 How much do you know about Estonia? If you’re like me, probably not that much.

Some quick research reveals that this northernmost European Baltic state regained its independence from the Soviet Union in 1991.

And, according to the Tax Foundation, Estonia has the most competitive tax code of all Organization for Economic Cooperation and Development, or OECD, countries.

Estonia has a relatively low corporate tax rate of 21 percent, according to the foundation’s inaugural International Tax Competitiveness Index released this week. In addition, Estonia has a nearly flat 21 percent income tax rate, a property tax that taxes only land, not buildings and structures, and does not double tax dividend income.

So how come more U.S. companies aren’t making Estonia their tax home as they take advantage of corporate inversions? Because taxes aren’t always the prime motivator.

Corporate inversions are all the rage right now. Typically, a U.S. company buys or sets up a foreign company, which it names as its official base while making the original U.S. operation a subsidiary.

This business maneuver essentially allows a company to relocate its headquarters on paper to a lower-tax country, often one viewed as a corporate tax haven, while keeping most of its physical operations in its native but higher-taxed country.

Keep in mind, this is all perfectly legal under the current U.S. tax code. But it still strikes some, including the president, who characterized the tax tactic as gaming the system, as not quite right.

Burger King will still sell millions of burgers in the United States. But thanks to its recent acquisition of Canadian fast-food chain Tim Horton, the burger maker will now call the Great White North with its lower corporate tax rate home.

Public pressure, however, apparently played a role in Walgreens’ decision to remain a U.S.-based pharmacy giant after it acquired the British drugstore Alliance Boots.

While the actual number of inversions still is low — an estimated 40 or so U.S. companies have, on paper at least, made other nations as their tax homes since 1998, according to a recent Wells Fargo analysis — the concept has prompted high-level action.

Sen. Charles Schumer, D-N.Y., third in the Senate Democratic leadership line, has introduced a bill that would halve the amount of deductible interest for inverted companies. As this bill awaits Capitol Hill action, U.S. Treasury Secretary Jacob Lew has repeatedly said the Obama Administration will decide “in the very near future” what action it will take regarding inversions.

Until then, if your company is looking for a place to call home in order to pay lower taxes, you have lots of choices.

The Tax Foundation study in which Estonia came out on top evaluated more than 40 tax policy variables in OECD countries.

The Washington, D.C.-based nonprofit tax policy think tank defines a competitive tax code as one that limits the taxation of businesses and investment. It also looks for a neutral tax code, which the Tax Foundation says is one that seeks to raise the most revenue with the fewest economic distortions.

So how does the good old U.S. of A fare in the first International Tax Competitiveness Index? The United States comes in 32nd of 34 industrialized nations.

Ranking worse than the United States are Portugal and, dead last, France.

Joining Estonia at the top of the favorable country tax climate list are New Zealand, Switzerland, Sweden and Australia.

Feeling “meh” about those countries as a potential home for your company’s HQ? Rounding out the list’s top 10 are Luxembourg, the Netherlands, Slovak Republic, Turkey and Slovenia.

What about Burger King’s new corporate home? Canada is 24th. America’s neighbor to the south, Mexico, comes in 19th.

Will Congress soon change the tax code so that the United States moves up the tax competitiveness rankings and inversions will no longer be appealing? Or will lawmakers simply make the corporate tax move less profitable? Which tack do you think legislators should take?