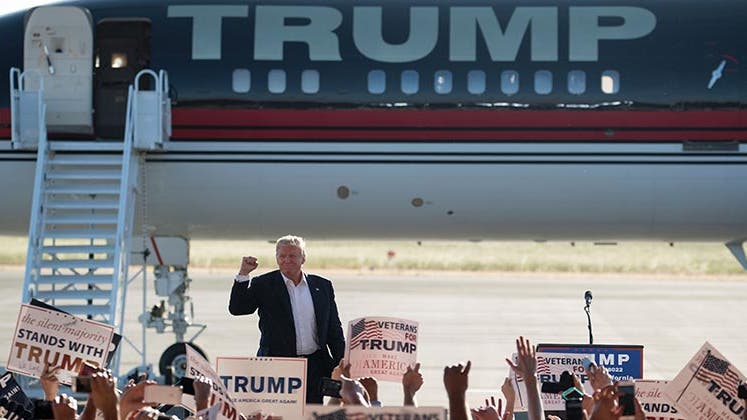 A political party’s platform is its formal set of principles and how its members plan to implement them. The Republican Party will sign off on its 2016 platform this week in Cleveland.

In its last presidential election year platform, the Grand Old Party aimed for a new start, “with profound changes in the way government operates; the way it budgets, taxes and regulates.”


Political platforms tend to focus on such grand themes, so expect the 2016 version to echo the long-standing Republican tenet that the tax code must be revised “to allow businesses to generate enough capital to grow and create jobs for our families, friends and neighbors all across America.”

But the last GOP document also got a bit more specific on how it would do that. It proposed, in part:

Meshing with the candidate’s goals

Sound familiar? Those proposals have been the core of the Republican Party’s tax plan for years, specifically the years that Barack Obama has been president.

Many of them also are part of the tax plan proposed in September 2015 by presumptive Republican nominee Donald J. Trump.

Trump’s proposal calls for just 4 income tax rates instead of the current 7, with a top tax rate of only 25% instead of today’s 39.6%. He also would eliminate the AMT and the estate tax.

As for businesses, Trump proposes a 15% tax rate for all companies, “from a Fortune 500 to a mom and pop shop to a freelancer living job to job.”

While Trump’s tax plan hews closely to general GOP tax policy, its cost has been criticized. Republicans generally are opposed to proposals that add to the federal debt. Various economic analyses of Trump’s plan say it would produce deficits ranging from $9.5 trillion to $12 trillion over 10 years.

Trump reportedly has been working with conservative fiscal experts to tweak his tax plan, primarily to slash its costs.

Speculation is that the rewrite will bump up the top 25% tax rate and expand the number of people who would have to pay that rate.

Even with those changes, however, the plan will likely require some government program cuts to make the final numbers work. Lips have been sealed as to what federal areas might take the biggest hits.

One thing is certain, though. Whittling down Trump’s tax plan costs to appease GOP deficit hawks isn’t easy. That’s probably why the revised proposal has yet to be revealed.

Trump’s new tax plan could make its grand entrance in Cleveland as part of the Republican convention’s festivities.

That possibility is almost enough to make this tax geek watch all the proceedings to ensure I don’t miss any tax tidbit. Admit it. You’re jealous of my taxcentric life.

Regardless of when Trump’s new tax measures are unveiled, Bankrate will let you know the details.

You can keep up with tax and related political news, as well as find filing tips, calculators and more at Bankrate’s Tax Center.