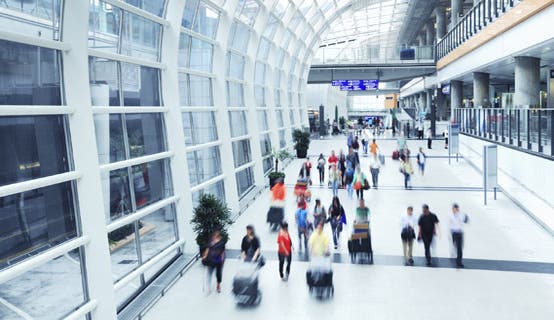 If you’re planning to sneak in one more trip before the kids go back to school, you’d better budget for taxes.

The combination of taxes on lodging, rental cars and airfare is a traveler’s trifecta, with the payoff going straight to state and local government treasuries, according to the National Center for Policy Analysis, or NCPA. In popular destinations such as New York or Chicago, NCPA says travelers could face tax burdens amounting to 30% higher than costs in other cities.

But even if you’re heading to a more out-of-the-way spot, the Dallas-based conservative think tank warns that travel taxes can quickly add up.

As of July 2012, the most recent year for which complete data are available, an NCPA study found that around 22 states levy a specific tax on lodging.

The per-night tax ranges from a low of 3% to a high of 13%. And don’t forget about local taxes, which are added on in many cities and counties, especially larger ones. For example, if you’re seeing the sights in Southern California, look out for the 14% local lodging tax Los Angeles collects.

The increasingly popular option of renting a private residence might not save you any taxes either. Popular short-term rentals of homes are taxable in many cities.

Getting there is taxed, too

You have to deal with taxes before you arrive at your destination. The NCPA study cites increasing taxes on rental cars and airline tickets.

As many as 38 states levied a car rental tax as of 2006, the NCPA says. That tax is often higher when you pick up the vehicle at an airport, where a surcharge is added by the local airport authority. Car rentals are also subject to sales and use taxes, which can amount to as much as 10%.

Speaking of airports, you pay a variety of taxes to squeeze into your air carrier’s seats. Many of the taxes on air travel are flat fees, meaning that it costs you the same, regardless of how short your flight is.

There’s the 7.5% federal tax assessed every ticket, a segment fee of $3.70 for each takeoff and landing, and a security fee that doubled in 2014 from $2.50 to $5.60 per each leg of your flight. Don’t forget the passenger facility charge that’s levied by local airport authorities; this can be as much as $4.50 per takeoff and landing.

These four fees are just a portion of the 17 taxes and fees currently collected on flights, the NCPA says. “Taken together, these airline taxes can amount to a 30% surcharge on some domestic flights,” says the think tank.

So what’s a cost-conscious vacationer to do?

AAA’s Aug. 4 fuel report found that for the first time in more than 4 months, the national average price for unleaded gasoline has dropped below $3.50 per gallon. This is the lowest national average for early August since 2010.

So even given the gas taxes levied by the various states, getting behind the wheel for your late-summer trip looks like an economical move.

And if you’re visiting relatives who are literally accommodating, stay in their guest room instead of a nearby motel. Sure, you’ll have to listen to your brother-in-law’s same stories over again, but at least those tales aren’t taxed.