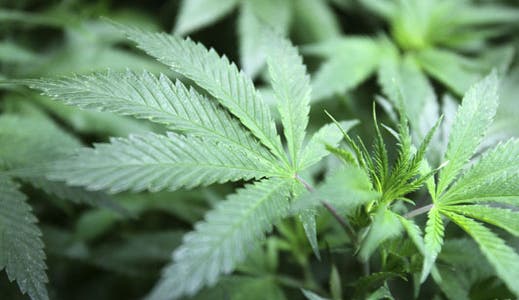 When it comes to legalizing marijuana, Bob Dylan said it best: The tax times, they are a-changin.’

OK, Dylan didn’t specifically say tax times, but in the effort to move marijuana into the mainstream, proponents of legal weed are regularly touting the tax benefits.

The latest instance is in Oregon. An economic study released in July estimates that the state could pocket an additional $38.5 million in taxes in the first year it’s in effect.

Oregon’s November ballot initiative would tax pot producers $35 an ounce for the plant’s flowers, $10 an ounce for leaves and $5 for immature plants sold to home growers. The tax collection total calculated by ECONorthwest, an economic planning and financial analysis consultant, was based on an average tax rate of $28 an ounce.

Last week, another marijuana tax estimate was released by a panel headed by Oregon Secretary of State Kate Brown. That group says Oregon could collect between $17 million and $26 million annually on legal pot sales.

Such fiscal arguments have been successful in garnering enough support for other government-sanctioned actions, such as gambling, that many voters might otherwise reject on moral grounds.

You can bet Oregon’s marijuana legalization advocates will tout the potential taxes as they work to expand support of the ballot initiative.

A poll in June asked Oregon voters whether they support or oppose allowing adults in Oregon to use, possess and grow marijuana for their personal use, while allowing the state to regulate and tax the plant. Fifty-one percent said they support making the personal use of marijuana legal, with 41 percent opposed.

Obviously, there are lots of variables. The state doesn’t have data on how many marijuana users live there and whether they’ll trade their black market suppliers for legitimate retailers.

But the consensus is that there is tax money to be made from marijuana.

Legal recreational marijuana use took effect in Washington State on July 8. In the first month, weed sales were around $3.8 million. That’s expected to produce more than $1 million in taxes for the Evergreen State treasury.

In Colorado, which has been collecting taxes on legal marijuana sales since Jan. 1, the tax tally is almost $30 million.

Do you support the legalization of marijuana? Does the possible tax revenue on pot sales make a difference on where you stand?