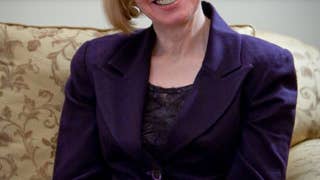 The only thing worse than becoming an identity theft victim is trying to fix the mess.

The problem is exacerbated when a person’s information is used to commit tax fraud.

When a fake return is used to obtain a fraudulent refund, the real taxpayer is out that money and must convince the Internal Revenue Service that he or she, and not the crook who filed the false 1040, is the legitimate taxpayer.

That’s no easy task. And it’s an area that National Taxpayer Advocate Nina Olson says that the IRS needs to correct.

One taxpayer, many IRS issues

Olson acknowledges that tax identity theft cases are complex, often requiring employees from different divisions within the IRS organization with different skills to resolve the matter.

Identity theft victims often have to call the IRS multiple times and talk with multiple employees about different aspects of their case, writes Olson in her midyear report to Congress, released on July 15. More troubling, says Olson, is that no one IRS employee is held accountable for the resolution of the case.

Essentially, writes the Taxpayer Advocate, affected taxpayers often feel like they are victimized a second time by the IRS’ processes.

No taxpayer should be forced to maneuver this administrative tax maze, says Olson. Instead, the IRS needs a true, single point of contact to work with tax identity theft victims and oversee their cases.

“Victims of such a traumatic event should not be bounced around from one IRS function to another, recounting their experience time and again to various employees,” says Olson.

Instead, says Olson, “it is imperative the IRS offer victims a sole point of contact who will work with various IRS functions behind the scenes and remain the single contact with the victim throughout the case.”

Easier said than done, especially given the trouble the IRS has had in recent fiscal years getting funding from Congress.

The IRS is, however, reorganizing its identity theft victim assistance units under one umbrella within its Wage and Investment division.

This reorganization, notes Olson, provides the agency a perfect opportunity to set up a sole point of contact system for tax victims with complex cases. Olson says the head of Wage and Investment has indicated that the division will look into the feasibility of establishing a sole-contact approach.

But IRS and Taxpayer Advocate commitment alone is not likely to be enough to solve this vexing problem. Olson acknowledges that in her report.

She says that she will continue to push for a single-contact-employee approach, but she writes in her report that “it may require congressional action for the IRS to adopt this common sense approach.”

Again, easier said than done. But kudos to Olson and those within the IRS who continue to fight this good fight for taxpayers.

While we’re waiting for the IRS and Congress to help out, Bankrate already offers identity theft protection.