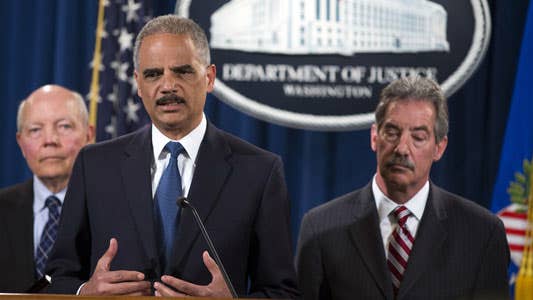 No one likes it when folks escape their federal tax responsibilities by hiding cash in a foreign tax haven. That’s why for the past few years, the Internal Revenue Service has ramped up its efforts to catch such international tax evaders.

The IRS has used the carrot of foreign account tax amnesties, or voluntary disclosure programs, as the IRS prefers to call them, as well as the stick of working with federal investigators to go after taxpayers and the financial institutions that hold their secret accounts.

So far so good.

But a couple of recent tax haven situations have highlighted problems in the system.

Too good a deal for banks?

On the bank prosecution side, Swiss bank Credit Suisse AG agreed on May 19 to plead guilty to a tax fraud charge and pay $2.6 billion in penalties.

On the individual taxpayer side, on May 28 a federal jury found that an 87-year-old Florida man owes Uncle Sam penalties of 150 percent on his previously undeclared foreign account. That bill comes to more than $2.2 million in civil penalties.

But a closer look at both cases underscores why people hate the IRS.

Although Credit Suisse has to pay the Treasury Department a substantial amount for helping U.S. taxpayers hide their money from the IRS, officials connected with the bank essentially were let off the hook. That reprieve was granted even though in announcing the deal, U.S. Attorney General Eric Holder noted that Credit Suisse had for decades “operated an illegal cross-border banking business” to help thousands of its clients hide their income from the IRS.

Even more disturbing, those thousands of tax evaders that Credit Suisse assisted face no charges, criminal or civil. Part of the bank’s deal with U.S. law officers allowed the financial institution to keep the identities of its tax-cheat clients a secret.

And five years ago when Swiss bank UBS cut a deal with Uncle Sam, in addition to a $780 million fine, the IRS also got “an unprecedented amount of information on U.S. holders of accounts” at the Swiss bank. Ultimately, the IRS reportedly got the names of more than 7,000 tax evaders.

So why the change in terms? It apparently came down to cutting losses. Rather than keep haggling with Swiss and other tax haven banks, U.S. officials see the Credit Suisse deal as offering some maneuverability for other suspect institutions to make deals.

That will get the Treasury lots of money, but it looks pretty skewed when you have a Sunshine State senior citizen facing millions in federal fines.

Sure, Carl Zwerner is not your typical Florida octogenarian. He had a hefty account at ABN Amro Group NV, the Netherlands’ third-biggest bank. Zwerner told the Miami jury that he amended his tax returns for 2004 to 2007 to report the ABN Amro account income when he learned of the IRS’ voluntary disclosure program.

He was unaware, however, of the requirement to file foreign account disclosure paperwork, a form called a Report of Foreign Bank and Financial Accounts, or FBAR. The IRS has increased the penalty for missed FBAR filings to 50 percent of the high account balance. This has helped “encourage” account owners to come clean about their foreign holdings.

It was the missing FBARs that cost Zwerner $2.2 million, described by his attorneys as the biggest such penalty by percentage of account on record. In announcing the verdict, the Justice Department’s tax division chief noted, “The cost of not coming forward and fully disclosing a secret offshore bank account to the IRS can be quite high.”

But is it too high? Zwerner is appealing the fine amount, questioning whether such a stiff penalty is appropriate for a failure to file a disclosure form that itself carries no tax.

From a public perception point of view, it doesn’t look quite right that thousands of taxpayers who have hidden money from the IRS get to remain anonymous while one older man who was trying to bring his foreign account into U.S. tax compliance is facing a multimillion-dollar fine.

I know, life and taxes are definitely not fair. But when these things happen, especially in such close proximity, it undermines the faith of all taxpayers in the system.