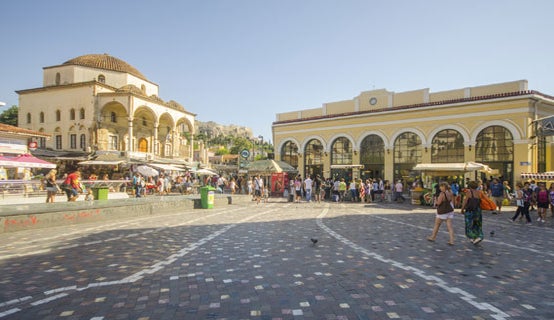 Despite our many global differences, there’s one thing that almost every person on earth can agree on. We don’t like taxes.

Even when we accept that taxes are necessary to provide the many services that we, our families and our friends depend on, we still complain that they’re too high. And a lot of us decide we’re just not going to pay all that we owe.

Tax evasion — that’s the nicer way of saying cheating on your taxes — knows no borders. In fact, the commitment of many Greeks to keeping their cash out of the tax collectors’ hands has been cited as a key contributor to the country’s continuing financial troubles.

Tax evasion has been called Greece’s national pastime. Harry Theoharis saw it firsthand as head of Greece’s tax collection agency for 17 months. But threats of physical harm and even death prompted him to call it quits in June 2014, Theoharis told England’s The Telegraph newspaper.

On top of the literal danger, Theoharis said he also was under intense political pressure to ease up on some residents, particularly the wealthy. Politics and taxes are the same worldwide. An International Monetary Fund cited wealthy Greeks, notably self-employed professionals such as doctors, dentists and lawyers, as among the country’s top tax evaders.

Regardless of a tax evader’s income, he or she usually excuses the decision to shave a few dollars off a tax bill or ignore it altogether as a minimal loss for a country’s overall treasury. But like most things in life, tax evasion is cumulative. And it can add up to big problems.

For Greece, tax evasion was a contributor to the country’s latest bailout, an emergency $7.6 billion loan from eurozone countries last week. Further financial details are still being negotiated with creditors, but one requirement has already been announced. Greece must improve its tax collection rate.

US has a tax gap, too

While not as dire, the United States has its own tax gap. This is the difference between taxes owed and taxes paid, and the IRS says the last time it estimated the amount, which was in 2006, it came to $450 billion.

The IRS was able to get some of it through enforcement actions. But that still left $385 billion uncollected.

Still, the compliance rate for U.S. taxpayers is more than 83 percent; more than 85 percent after they get a little nudge from the IRS.

The biggest contributing factor to the tax gap, according to the IRS, is the underreporting of income. In 2006, it accounted for $376 billion of the total tax gap, up substantially from $285 billion underreported five years earlier.

The income amounts that were less than accurate, says the IRS, tended to come from self-employment sources that were subject to little or no information reporting. They had a 56 percent net misreporting rate in 2006.

Are you a tax scofflaw?

If you’ve contributed to America’s tax gap, you might want to rethink your tax actions.

If too many of us decide to shirk our voluntary tax-paying responsibilities, things could get ugly. In her midyear report released July 15, the National Taxpayer Advocate Nina Olson warns that the IRS could be forced to transition from an agency that still nominally focuses on taxpayer service to one that will make tax enforcement its main job.

I don’t think any of us wants that.