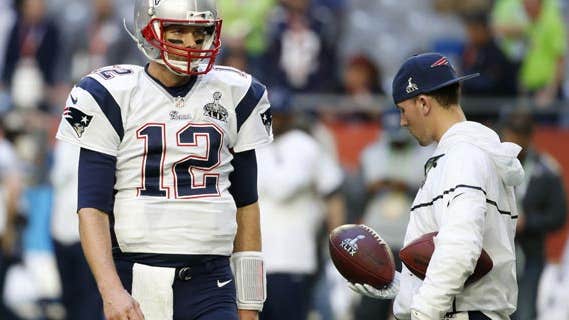 The National Football League has spoken. Tom Brady will sit out the first four games of the 2015 season for his role in the improperly inflated footballs scandal during last season’s playoffs.

The punishment for Deflategate, as the football air pressure incident has become known, is based on findings in the 243-page Wells Report that it is “more probable than not” that the New England Patriots’ star quarterback violated league rules.

Patriots’ fans, as well as the millions who play fantasy football, are freaking out about the loss of such a valuable player for a quarter of the NFL’s 2015 regular season.

So are Massachusetts and New York tax collectors.

Three of those four games are in states that collect income taxes. And jock taxes, the share of well-paid athletes’ earnings that states and some cities get when players come to play games, provide a nice chunk of change for state treasuries.

That’s $1 million that won’t face taxes from home games in Massachusetts against the Pittsburgh Steelers and Jacksonville Jaguars.

New York’s tax collector will lose its part of half a million dollars that Brady won’t get for the Buffalo Bills home game.

Only the match-up between the Patriots and Dallas Cowboys is immaterial for state tax purposes since Texas has no income tax.

And we can’t forget Uncle Sam. The U.S. Treasury also will take a hit from the $2 million that Brady won’t be paid.

Tougher on states than Brady?

While $2 million is a lot of money, the punishment isn’t really that big of a deal to Brady, a two-time NFL most valuable player who earned his fourth Super Bowl ring in February.

His NFL salary is only a small part of his overall net worth, which Celebritynetworth.com estimates at $120 million. Plus, Brady married up financially. His wife, Brazilian super model Gisele Bundchen, is estimated to be worth $320 million.

Struggling states, however, will miss every tax dollar they can’t collect from Brady this fall.

Maybe those state tax officials will file a friend of the NFL appellate hearing brief in support of leniency for Brady.