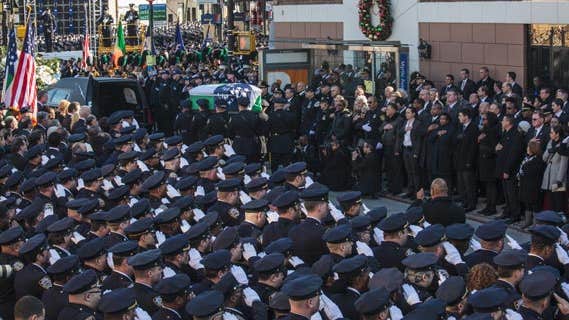 By the time April rolls around, it’s usually too late to make any moves that could lower your tax bill.

The only chance most of us get at reducing our Internal Revenue Service bill is to make a potentially tax-deductible contribution for the prior tax year to an individual retirement account.

But a special charitable donation option now is available for the days leading up to the April 15 filing deadline.

The Slain Officer Family Support Act of 2015 became law on April 1. Under the act, a tax break is available to individuals who make cash contributions on or before April 15 to charities providing relief for the families of two slain New York City police officers.

Ordinarily, charitable giving tax rules require that all donations be made by Dec. 31 of the tax year for which they are claimed as itemized deductions on Schedule A. The Slain Officer Family Support Act makes an exception.

New York Police Department Detectives Wenjian Liu and Rafael Ramos were killed in the line of duty on Dec. 20, 2014. Charities were set up to collect funds to help the two officers’ families. Many of those groups, however, were not established until January 2015. The new law takes that timing into account.

Anyone who has given since Jan. 1 to a charity that is offering aid to the Liu and Ramos families can claim those gifts on their 2014 taxes due this April 15. The law also covers donations made through this coming tax day. If you’ve already filed your 2014 taxes or if you prefer to claim the deduction for the 2015 tax year, you can do that instead.

This special provision only applies to cash contributions, not donated goods.

Donations charged to a credit card before midnight on April 15, 2015 are eligible contributions, even if the credit card bill isn’t paid until after that date. Also, donations made by check are eligible if they are mailed by April 15.

The deductibility option still applies only to gifts made to charities, not directly to individuals. If you’re interested in helping the Liu and Ramos families and in taking a deduction, make sure your donation goes to a qualifying organization.

You can use the IRS’ searchable online charitable database, the Exempt Organizations Select Check. Note, however, that some organizations, such as churches or governments, may be eligible even though they are not listed on the official IRS search tool.

Finally, the receipt requirement remains in place. As is the case for all charitable donations, you need to keep a record of your deductible donations.

For other types of cash contributions, things such as a cancelled check or a receipt from the charity are sufficient. Donations of $250 or more, however, require that you get a written acknowledgment from the charity.