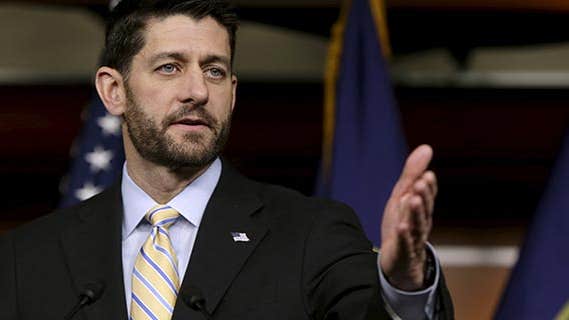 It’s not quite a done deal yet, but it appears that taxpayers soon will have some finality when it comes to popular tax breaks.

The list of tax extenders, the 50-plus tax provisions that technically are renewed, or extended, every year or so could be shorter thanks to the Protecting Americans from Tax Hikes, or PATH, Act of 2015.

This tax bill, announced late Dec. 15, makes permanent a variety of individual and business tax incentives. If passed by the House and Senate and signed by President Obama, PATH will mean the end of periodic worrying about the availability of some popular tax breaks.

The full bill runs 233 pages, but here are some of the individual taxpayer highlights.

Teachers will get to write off some of their out-of-pocket classroom expenses every year. This is an above-the-line deduction, meaning it’s available directly on 1040 and 1040A forms and doesn’t require the filer to itemize deductions. Even better, the $250 tax break now will be indexed for inflation.

State and local sales taxes will be a fixture on Schedule A as a permanent choice for taxpayers who itemize, along with the deduction for state and local income taxes. You still have to pick just one set of taxes to deduct, but folks with no or low income taxes won’t have to worry about whether they get the option.

Traditional IRA owners age 70 ½ can continue to directly donate up to $100,000 a year from those retirement accounts to their favorite charities. They won’t get a tax deduction, but the money won’t count as taxable income when contributed this way.

Commuters who take mass transit rather than drive also get permanent relief when it comes to employer fringe benefits. The amount covered for rail and bus travel will remain roughly on par with parking benefits paid to workers who drive to the office.

Another group of tax breaks created to help families also will now be a permanent part of the Internal Revenue Code. Most of these provisions were set to expire at the end of 2017.

The child tax credit, which previously was made a permanent part of the tax code, gets another boost. A temporary enhancement that allows more parents to claim an additional refundable child tax credit — that’s money back from Uncle Sam even if you don’t owe any taxes — now is permanent, too.

Obama’s signature education tax break, the American opportunity tax credit, also is now in the tax code for good. This tax break, which increased and replaced the Hope credit, provides a $2,500 credit, a portion of it refundable, for costs associated with 4 years of college costs.

The enhanced Earned Income Tax Credit, which provides tax assistance to low- and middle-income workers, stays put, too. The provisions that offer added help for larger families are now permanent.

A few folks, however, will have to continue to play a waiting game again next year. Some extenders were renewed retroactively for the 2015 tax year, but extended only through 2016.

The above-the-line deduction for qualified college tuition and fees is good for the 2015 and 2016 tax years only. It remains capped at $4,000 for filers who meet the adjusted gross income thresholds.

Homeowners who are able to get their mortgage terms modified or who face foreclosure also get only temporary tax help. The provision that excludes forgiven home loan debt from taxation applies to qualifying deals made in 2016.

Similarly, the option to count private mortgage insurance, or PMI, premiums as tax-deductible loan interest on Schedule A also is available only through the next tax year.

While this generally is good news, the bill must be approved by Congress and then signed by the president.

There is some talk from some lawmakers in both parties about voting against PATH because of its nearly $800 billion cost.

I suspect, however, that PATH opponents will make their points about fiscal responsibility during the floor votes, and the overall bill will still clear both chambers.

The timing of the vote is still a bit up in the air. It must be coordinated with a separate funding bill to keep the federal government, including the IRS, operating through September 2016. But votes on both the tax and spending bills are expected soon.

Did your favorite tax break make it permanently into the tax code? Do you agree with PATH choices? Or do you agree that the cost is too steep?