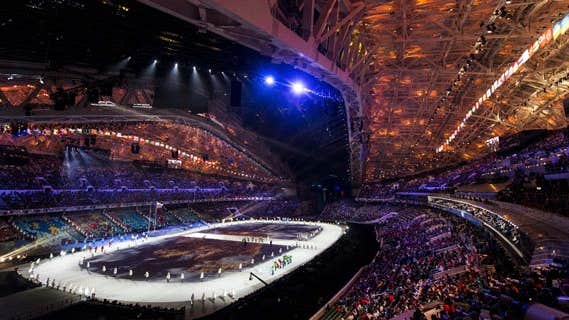 There’s the debate about whether the tax money — be it dollars or yen or rubles — spent to prepare cities is worth it.

Then there’s the recurring discussion about whether Olympic medal payouts to athletes should be tax-exempt.

Now there’s a new tax wrinkle in the Olympics. The chief executive of one of the contracting firms that transformed Sochi for the 2014 Winter Olympics is facing tax evasion charges.

After the spectacle of the Winter Games, the venues in Sochi are largely vacant. © Victor Fraile/Corbis

Even before this tax revelation, the latest Winter Games had problems.

The reported $51 billion spent to get Sochi competition-ready makes it the most expensive Olympics ever.

Much of that money went to make the subtropical resort on the Black Sea coast more wintry. Sochi actually is the warmest spot in Russia, a place where people go to escape the cold season. But Russian President Vladimir Putin hand-picked the location, in part because he has a residence in Sochi and, say skeptics, he wanted to show that he had control over even the Russian weather.

Now, however, the Sochi Olympics grounds essentially are a ghost town.

Several of the builders who helped the city get ready for the Olympics are in deep financial trouble, with a couple going bankrupt.

And according to the Moscow Times, the head of an Olympics contractor now is under house arrest on the tax charges.

Oleg Shishov, CEO of the building firm Mostovik, is accused of evading more than 515 million rubles, or $10.9 million U.S., in taxes from 2009 to 2012 via falsified tax documents. If convicted, he could face up to six years in a Russian prison.

Taxes, however, aren’t Shishov’s only legal worry. In addition to the tax evasion counts, he’s accused of embezzlement and of withholding wages from employees.

The embezzlement charge carries a possible five-year jail term. The failure to pay workers could get Shishov up to three years in jail. As do many U.S. tax charges, all of the charges carry possible fines in addition to jail time.

I’m a big sports fan. And I do tune into the Olympics.

However, I don’t know why any city wants to host the games.

They are expensive. And it’s a hassle, for residents and workers, getting all the event venues, which too often aren’t used much afterwards, ready.

I suspect Shishov is having the same internal conversation right now.