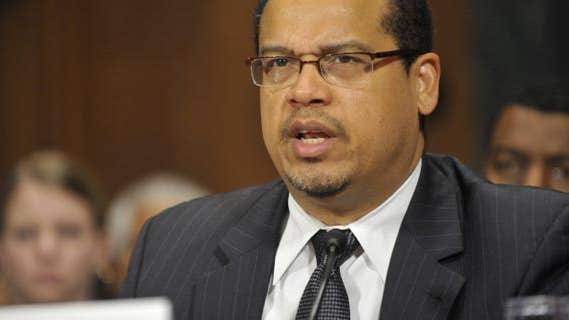 The Internal Revenue Service has at least one friend in Congress. Rep. Keith Ellison, D-Minn., thinks the tax collecting and enforcement agency needs more money than it’s likely to get in the latest budget cycle.

Ellison is trying to get his fellow House members to join his effort to pass the Obama administration’s $12.93 billion request for the IRS. He has sent a “Dear Colleague” letter to the 434 other U.S. representatives, asking them to sign another letter, this one to the House Financial Services Appropriations Subcommittee in support of full IRS funding.

Continual IRS budget cuts, writes Ellison, have reduced the agency’s operational money to “levels that are totally inadequate and completely unacceptable.” He characterizes the president’s request as a “bare minimum increase our nation needs to raise taxpayer services to acceptable levels.”

“Cuts to the IRS dramatically reduce funds to pay for other government investments and thus increase the national debt,” he tells his Capitol Hill coworkers in the letter. He points to a Treasury Inspector General for Tax Administration examination that found that budget cuts from 2010 to 2012 resulted in a loss of $7.6 billion in federal revenue in 2012 alone.

Ellison is right. It’s absurd that representatives and senators want to undermine the one agency designated to bring in the money that the full federal government needs to operate.

But absurd is too often an accurate description of the way Congress operates nowadays, especially among the Republicans in both chambers who seem more interested in scoring political points with certain GOP factions than working in a bipartisan fashion.

I’ve been paying close attention to Congress and particularly its approach to taxes for (age spoiler alert) more than three decades. During that time there’s always been a group that wants to eliminate the IRS. And the anti-tax legion cheers.

IRS by any other name

Fine, do away with the IRS. But you’ll have to come up with some other department to do the job, whatever name you give it. Tax collection is a core government component. Every jurisdiction needs money from its residents to operate the many services that benefit the majority.

You don’t eliminate the necessary money collection. You make the process more efficient. But that approach doesn’t get as many sound bite reports on cable and Internet news. Or as many votes.

And in the still roiling wake of the IRS Tea Party tax-exempt organization scandal, many on Capitol Hill are advocating even deeper tax agency cuts. Again the anti-tax legion cheers, louder this time.

That, as my mother would remind us, is cutting off our taxpaying noses to spite our faces.

As Ellison notes, the IRS generally provides a six-to-one return on every dollar it receives. That’s the kind of production any sane investor would take in a heartbeat. But again in this current political climate, extremism and demagoguery seem to overrule clear-headed fiscal thinking.

It will be interesting to see how many letter cosigners Ellison can round up and whether they can talk some budget sense into their more recalcitrant colleagues.