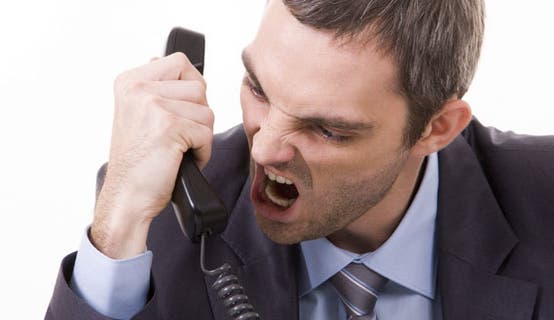 Part of the money for the highway, rail and infrastructure funding measure that was signed into law on Dec. 4 comes from projected savings from having the IRS outsource, again, some unpaid tax bills to private debt collectors.

Similar efforts from 2006 through 2009 didn’t work. The use of bill collectors was canceled after they didn’t raise as much money as hoped and did raise the ire of taxpayers with their overly aggressive collection tactics.

Anyone who thinks that won’t happen this time is not paying attention.

Even worse, the requirement — that’s right, the IRS no longer simply has the choice to use bill collectors; it must hire them in certain tax collection cases — clears an on-ramp for crooks looking to participate in what the IRS says is the largest (and still growing) tax scam ever.

I’m talking, of course, about the fake IRS agent phone calls. Here, criminals pretend to be with the federal tax agency and threaten call recipients with loss of driver’s licenses or even jail time if they don’t fork over cash fast.

The IRS has for years reminded us that it typically doesn’t call taxpayers about overdue bills. It first sends taxpayers notices and allows them to get back in touch with the IRS about tax obligations, either to work out a payment plan or contest the amount supposedly owed.

Direct calls, says the IRS repeatedly, are more likely than not coming from crooks.

Ironically, as the legislation to force bill collectors onto the IRS was working its way through Congress, the Federal Trade Commission and law enforcement agencies nationwide announced an expansive program to crack down on deceptive and abusive debt collection practices. Authorities are going after bill collectors who use illegal tactics such as harassing phone calls and false threats of litigation, arrest and wage garnishment.

Sounds uncomfortably close to the tax scam, doesn’t it?

The similarity caught the eye of Tony Reardon, president of the National Treasury Employees Union, who decried Congress giving a “green light to debt collectors” at the same time criminals are posing as IRS agents and calling taxpayers, threatening them to send in money to settle fictitious tax debts.

So how will taxpayers know if the phone calls they’re getting are from IRS-hired private collection agencies or from crooks?

The best answer is to remain skeptical. If you get a call from a purported debt collector who says he or she is working for the IRS, check it out with the IRS directly.

The private tax collectors cannot accept tax payments. The money needs to be made payable to the U.S. Treasury, so if the caller is telling you to make out the check to someone else, it’s a scam.

Also note that the bill collectors won’t be hired for a few months. The bill says the Treasury Secretary has 3 months from the law’s Dec. 4 enactment date to enter into contracts with collection agencies. During that time, Treasury and the IRS should announce which private collectors have been hired. Bankrate will let you know which collectors make the cut so you’ll at least have the names of the IRS-authorized collection agencies.

And current tax debts won’t be handed off to collectors. The law says third-party collection agencies will receive overdue tax bills that are not in the IRS’ active collection inventory. Basically, this will be tax bills that have not been assigned to an IRS employee or where at least a year has passed since the IRS interacted with the taxpayer.

The IRS also is instructed to keep tabs on the collectors, analyzing not only the amount of money they bring in, but also how they work. Congress believes that the bill collectors could provide some “successful collection techniques … that could be adopted by the Internal Revenue Service.”

I doubt that the IRS will find much it wants to imitate from private bill collectors.

Instead, I suspect that the IRS and such oversight organizations as the Treasury Inspector General for Tax Administration and the National Taxpayer Advocate will find that this latest private tax collection effort will work about was well as earlier efforts, meaning it won’t last long.

Until then, though, be on guard against tax scams looking to hitch a ride on the new private tax collection law. And if you do get questionable calls about tax bills or other financial matters, check your credit reports and monitor them closely for suspicious activity. It’s free at myBankrate.