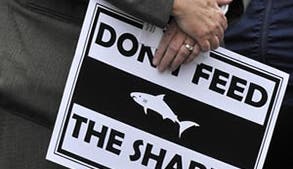 Texas gets a lot of attention for many reasons. In the tax world, it’s because my home state is one of seven that doesn’t tax any kind of individual income.

So how does the Lone Star State pay its bills? By collecting lots of sales and property taxes.

I’m not much of a consumer, so the sales tax isn’t that much of an issue. But the annual property tax on our house takes a major bite out of our income. And that levy seems to just keep going up.

The hubby and I are able to cover our real estate taxes, but some of my fellow Texans aren’t as fortunate. And that’s essentially opened the door to what some say is a payday type of loan to help homeowners pay their residential tax bills.

When someone can’t afford to pay their home’s real estate bills, the taxing jurisdiction puts a lien on the property. In order to clear that, some homeowners take out loans from a private lender, who pays the delinquent tax bill and assumes the taxing entity’s lien.

The homeowner then pays the lender back under an installment plan.

It’s a big business. The Texas Property Tax Lienholders Association, or TPTLA, is a group of 20 tax loan companies. According to the trade association’s website, 75 percent of lien transfers from taxing jurisdictions in 2009 were handled by its members, accounting for $125 million in property tax lien transfers. That’s only 20 companies. It’s estimated there are at least 100 such lenders across the state.

Critics say the loan rates are too high, currently up to 18 percent under rules set by the Texas Consumer Credit Commissioner, making them the real estate equivalent of predatory payday or tax refund anticipation loans.

Lenders counter that the installment loans are the only way that many Texans can hang onto their homes.

Advocates of the financial product argue that the private lender terms are more flexible than tax office terms and the homeowners also avoid potentially more expensive court costs that often ensue when a lien is placed on property.

Tougher regulations on the property tax loan industry also were enacted. Now, for example, they can no longer sell their loans to third parties.

The new rules, however, are now getting second looks. The speaker of the Texas House has put the regulatory bill on his list of legislation that he wants to revisit. Critics of the loans fear that the lenders, who have some heavy-hitter support across the state, could succeed in rolling back the limits.

Some policy analysts think that something more than regulations needs to be considered. Citizens for Tax Justice, or CTJ, a Washington, D.C.-based nonprofit that examines how tax policy affects most taxpayers, says Texas should enact a property tax circuit breaker.

This mechanism, which is in place in 33 states and the District of Columbia, provides homeowners a tax credit once their property taxes reach a certain percentage of their income. CTJ argues that circuit breakers protect low- and moderate-income taxpayers from unaffordable property tax increases, also helping them avoid tax delinquency and the need for property tax loans.

Such a proposal is not likely to happen anytime soon. Even the idea of studying such a tax break has been vetoed by the current governor. His likely successor is cut from the same cloth.

Have you ever had trouble paying your property tax bills? Would you ever consider a high-interest loan from a private lender to pay your real estate taxes?

Check out these four alternatives to payday lending.