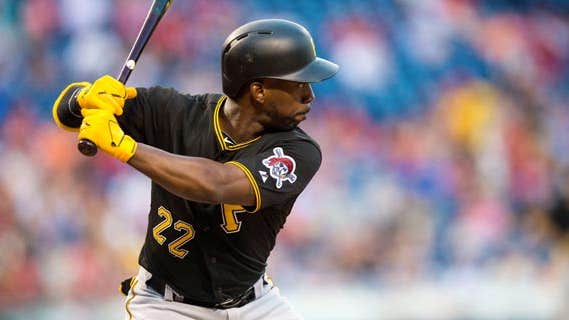 Now, thanks to a circulating pay stub for Pittsburgh Pirates all-star center fielder Andrew McCutchen, we also know more about the taxes they pay on their millions.

McCutchen left his direct-deposit stub with May 1 to May 15 pay details in the Wrigley Field visitors’ clubhouse after the Pirates finished up a three-game series against the Cubs. Someone who later took a tour of the iconic Chicago stadium found the financial document and it was posted online.

The Major League Baseball star was not too upset. “It’s no big deal. It’s not like my routing number was on there so someone could hack into my account. I still got paid. That money’s in my account. I’m happy. I ain’t worried,” McCutchen told the Pittsburgh Tribune.

In fact, Cutch, as he’s known, sees some good coming out of his inadvertent pay period revelation. “It’s no surprise what I make. It is a surprise, though, for people to see all those taxes that get taken out. Yeah, I bet they didn’t know anything about that. Well, now you know,” he told the newspaper.

But the Keystone State isn’t the only jurisdiction to which McCutchen pays taxes. Illinois and Missouri got a combined $11,819 in taxes from him. Even some cities — his playing home of Pittsburgh, as well as Philadelphia and St. Louis — collected income tax from McCutchen in early May.

McCutchen’s pay stub also listed Arizona, Ohio and the city of Cincinnati as potential recipients of taxes. However, no money was taken out for those jurisdictions since the Pirates didn’t play there during that pay period.

The payment document also noted that other taxable locales were “continued on next stub,” which McCutchen apparently managed to hang onto. But the point was made. As McCutchen said, we now know about the so-called jock taxes that athletes must pay in cities or states that tax sports performers who are just passing through.

All these taxes are just part of the cost of being a professional athlete.

And Pittsburgh, where McCutchen spends most of his playing time, got extra. The city that sits amid the three rivers of western Pennsylvania also collects what was listed on the pay stub as a professional athlete fee.

It’s officially known as the “non-resident sports facility usage fee” and is a 3 percent charge on all income earned from anyone, athlete or otherwise, who performs in any taxpayer funded venue like PNC Park.

But the Fort Meade, Florida, native still maintains the Sunshine State as his official home, for sentimental as well as, I suspect, for tax purposes since there’s no state income tax there.

That’s good tax planning by McCutchen. He won’t end up mired in tax trouble like some of his sports brethren. If your own taxes are somewhat similarly complicated, perhaps it’s time to consider getting professional tax help.