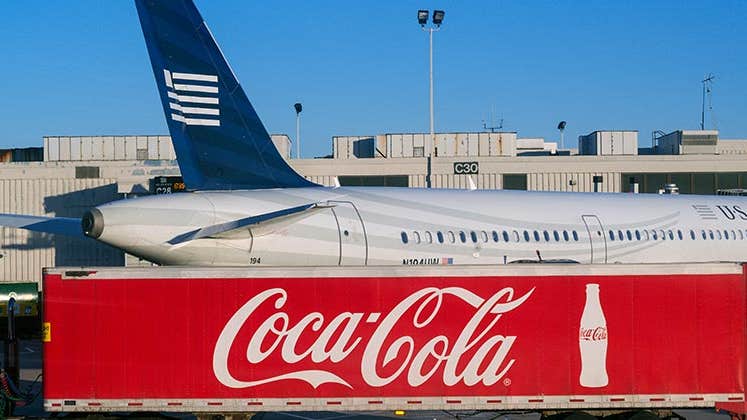 Philadelphia is expected today to take some of the fizz out of soda manufacturers. City officials will finalize a new tax on soft drinks, both regular and diet.

But sugary soda pop isn’t the only tax target. Other beverages that will be taxed include iced tea, energy drinks and juice drinks that contain less than 50% juice.

Money, not health, is the real reason

I’m no fan of the City of Brotherly Love. My antipathy is mostly sports based. As a lifetime Dallas Cowboys fan, I’ve always hated the ‘Boys’ NFL East conference rivals — the Philadelphia Eagles. Over in the NHL, Philly’s Flyers always seem to make things tough for my Washington Capitals.

But I’ve got to give Philadelphia officials some credit with the beverage tax. There’s no posturing about how this is a tax to help improve residents’ health. The city council is upfront about creating it simply to raise money.

OK, lawmakers did invoke the mantel of taking care of children. Much of the money raised by the new beverage tax will go toward community schools and a preschool program, with some funds designated to renovation of community centers and parks.

And the tax is all about the money to pay for that.

In my many years of writing about taxes, I’ve watched lawmakers propose, and sometimes implement, a variety of sin taxes. These are the levies on activities that generally are viewed as bad, such as smoking, and which those who don’t indulge can be a bit self-righteous about taxing.

In most of those cases, legislators trot out the standard “for the good of citizenry” arguments.

Philadelphia, however, is a straight-talking kind of town. Officials in the city that booed Santa Claus opted for the brutally honest “we need the money” argument.

Philadelphia is about to become only the second U.S. city, and the biggest one so far, to tax sugary beverages. Berkeley, California, instituted a soda tax after voters in that traditionally activist community approved a 2014 ballot initiative.

Sure, some Philly folks still are opposed to any new taxes or tax increases. But after reworking this beverage tax version by lowering the rate and broadening the list of taxable drinks, Philadelphia is about to succeed with a beverage tax after failing two previous times.

The earlier efforts took the standard health stance, arguing that the tax would force people to change their unhealthy drinking habits and help reduce obesity.

Guess what? All of us lovers of sweets, be they Cokes or Twinkies or a pint of ice cream consumed in one sitting (yes, I am confessing), know that when we indulge ourselves, we’re doing so at the risk, at least a bit, to our health.

Guess what else? We don’t care. And we really don’t like being preached to about habits we know we need to get under control.

I don’t know about Philadelphia Mayor Jim Kenney’s eating and drinking habits, but I know that he recognizes the general aversion people have to preaching, however well-intended, by government officials.

“Americans generally reject other people telling them what’s healthy for them, so we tried to stay away from that,” Kenney told the Associated Press. “Our intention was to reduce the level of poverty for our city, and we can do that through education.”

Will Philadelphia’s beverage tax break through the dam that the soft drink industry has built, thanks to millions of lobbying dollars, in other cities? Perhaps.

If Philly’s tax does bring in sufficient money for city projects, lawmakers in other jurisdictions will no doubt point to it as justification for doing the same.

“This is a fabulous way to get revenue for revenue-starved cities,” Marion Nestle, a professor of nutrition and food studies at New York University, told the Washington Post.

And as long as cities are honest about why they’re adding the tax, they’re likely to have more success.

The only thing that people hate as much as taxes is being lied to about why they’re being implemented.

Has a tax increase ever changed one of your bad habits? Would a soda tax reduce the amount of high-calorie drinks you would consume? Or would you keep drinking as much as you like, regardless of the added cost?