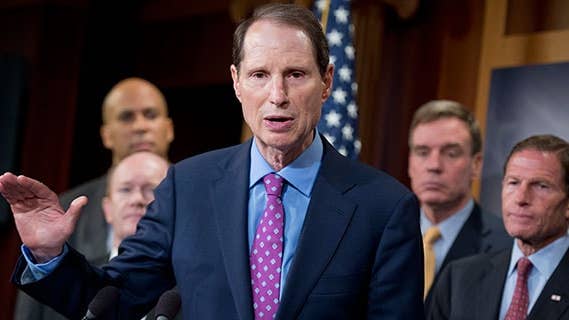 Last month the International Consortium of Investigative Journalists, or ICIJ, released the Panama Papers, a collection of around 11.5 million documents about global tax evasion efforts. On May 9, ICIJ posted even more information via a searchable online database where we can review the companies and who is involved in them.

Now, anyone can gawk at celebrities who are connected to some of those foreign tax haven holdings.

Even presumptive Republican presidential nominee Donald Trump’s name shows up thousands of times in the Panama Papers, although he doesn’t appear to be the owner of any of the offshore companies. Rather, Trump’s name is on companies where the other partners and associates are involved in offshore accounts.

And let’s be clear about the practice. While offshore tax shelters can be used to evade taxes, they aren’t inherently illegal. You, I and celebrities can put our money anywhere we want, as long as we tell tax collectors about the holdings. Just because someone is participating in a tax haven doesn’t mean they are breaking tax law.

That said, we humans by nature are curious. And among those asking Panama Papers questions is a member of the U.S. Congress.

Sen. Ron Wyden, D-Ore., however, isn’t just star-gazing. He wants to know more about why Nevada and Wyoming are listed in the documents culled from the Panamanian law firm Mossack Fonseca.

He wants those answers directly from the state officials charged with keeping an eye on commercial enterprises within their borders.

Wyden, the ranking minority member on the tax-writing Senate Finance Committee, has written to the secretaries of state for Nevada and Wyoming seeking information about anonymous shell companies in both states. There reportedly are more than 1,000 such companies in Nevada and 24 in Wyoming that have ties to the Panama-based law firm.

“It’s clear you don’t need to go outside the U.S. to set up anonymous shell companies,” says Wyden. “We need to better understand what these companies are up to. As shell companies can be abused for tax evasion, government fraud and terrorist financing, Congress needs to work with the states and the administration to investigate the issue and take any necessary action.”

Wyden is asking Wyoming’s and Nevada’s secretaries of state to provide all official documents filed with their offices in connection with the entities named in the Panama Papers.

In addition, the senator wants to know about each state’s process for reviewing and approving commercial registration agents, as well as any licensing requirements.

Wyden also wants to see the results of some official investigations into shell companies conducted by each state.

For Wyoming, Wyden is looking for the secretary of state’s official audit of the 24 companies linked to Mossack Fonseca.

With regard to Nevada, Wyden wants details of the state’s 2011 Corporate Ownership Fraud Task Force findings after it looked into business entities suspected of involvement in illegal activities, including tax evasion and the marketing of shell companies.

While the Panama Papers has sparked new interest in potentially tax-evading shell companies, Wyden was looking into the use of these companies months before the millions of pages of documents were released. In February, the senator called on the U.S. Treasury to do everything possible to stop the financial abuses.

“The disclosures coming out of Panama shine a light on a core problem both here and overseas, which is abuse by these anonymous shell companies,” says Wyden. “The rules are so weak in the U.S. that Americans don’t need to go to Panama to rip off the system.”

I expect Wyden’s Senate Finance colleagues will soon join him in wanting to know more about these operations and ways to halt their illegal use. Don’t be surprised to see an official Capitol Hill hearing in the coming months.