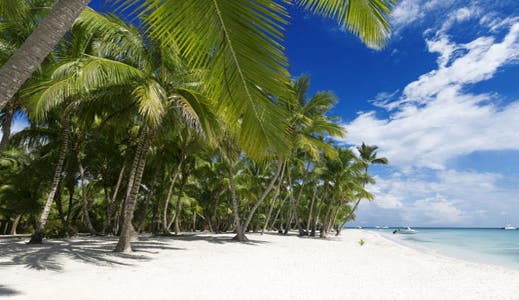 A new report by two public advocacy groups says that as of 2013, more than 70 percent of Fortune 500 companies maintained subsidiaries in tax haven countries simply to lessen the checks they must write to the U.S. Treasury.

The Cayman Islands, above, as well as Bermuda are prime foreign corporate tax haven locales.

But while federal investigators have actively pursued individual taxpayers who hide their money abroad as a way to avoid paying taxes, the business tax haven moves are legal, thanks to loopholes in the U.S. tax code.

“Offshore Shell Games,” the analysis released by the U.S. PIRG Education Fund and Citizens for Tax Justice, found that the U.S. multinational companies used their foreign operations to avoid paying about $90 billion a year in federal income tax.

“Our tax code is broken, and it’s hurting the public,” said Dan Smith, tax and budget advocate for the U.S. PIRG Education Fund, in a statement announcing the report, of which he is a co-author. “We’ve made it too easy for American multinationals to dodge taxes by setting up shell companies in tax havens.”

The report found at least 362 Fortune 500 companies that, as of 2013, operated subsidiaries in tax haven jurisdictions such as the Cayman Islands and Bermuda. The total number of offshore subsidiaries is 7,827.

Thirty companies, however, are the most aggressive in utilizing foreign operations, according to the report. This smaller group accounts for 1,357 tax haven subsidiaries. In dollar terms, the report says the 30 companies with the most money booked offshore for tax purposes collectively hold nearly $1.2 trillion overseas. That’s 62 percent of the nearly $2 trillion total reported by all Fortune 500 companies as offshore holdings.

Among the U.S. companies that U.S. PIRG and Citizens for Tax Justice say are getting “a free ride at the expense of the rest of us” are shoe manufacturer Nike, pharmaceutical giant Pfizer, and online and high-tech giants Google, Microsoft and Apple.

Tax manipulation, good business or both?

“The loopholes in America’s corporate tax have grown so outrageous that our policymakers should be embarrassed,” said Steve Wamhoff, Citizens for Tax Justice legislative director. “The data in this report demonstrate that a huge portion of the supposedly ‘offshore’ profits are likely to be U.S. profits that are manipulated so that they appear to be earned in countries like Bermuda or the Cayman Islands where they won’t be taxed.”

Companies defend the use of U.S. laws that allow them to operate and be taxed in foreign countries with lower rates as simply complying with their fiduciary duties. Shareholders, they note, want the maximum return on their investments and achieving that means paying as little tax as legally possible.

The tax avoidance perception, however, has prompted lawmakers to look more closely at provisions that allow U.S. companies to shift profits to other countries. Congressional hearings have been conducted, albeit with no action taken. Also look for this area to get plenty of attention if and when corporate tax reform is seriously considered.

Do you think companies are justified in using foreign operations to lower their U.S. taxes? Or do you think the tax code should be changed to get more taxes from U.S.-based firms?