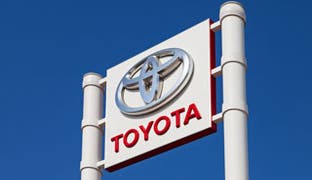 The big news this week here in my home state is that Toyota is moving its North American headquarters to Texas. The Japanese automaker plans to consolidate about 4,000 workers at a new facility near Dallas-Fort Worth.

Most of the jobs — around 2,000 — will come from California. Others will be moved to the Lone Star State from operations now in Kentucky and New York. The move is expected to be completed in three years. That’s when Toyota’s new headquarters in Plano, Texas, will be ready.

James E. Lentz, Toyota North America’s chief executive, said the company is spending $300 million to move so that the company’s manufacturing, sales and marketing and corporate offices will be under one roof for the first time.

It didn’t hurt that Texas offered Toyota $40 million to move. The money comes from the Texas Enterprise Fund, which was created in 2003 to help attract new jobs and investment to the state.

No personal income tax in Texas

Another attraction for the automaker is Texas’ taxes, which at both the corporate and individual level are lower than in other states.

At the individual level, California’s top tax rate of 13.3 percent is the highest in the United States.

Texas doesn’t collect individual income taxes. That might just make relocating a more appealing prospect to those who will be asked to move.

But don’t worry about tax money that Texas might be leaving on the table. The state won’t get any income tax money from its new residents, but it will eventually get its hands on some of their earnings.

The new Texans, many of whom are well-paid executives who will transfer, will be spending big bucks on new homes. That means property taxes for county tax collectors.

Then there will be all the new home accoutrements, on which the state and local governments will collect sales taxes.

On the business side, California’s corporate tax rate is 8.84 percent. That’s the 10th highest tax rate on businesses in the country, according to data compiled by the Tax Foundation.

On the other hand, Texas does not collect corporate taxes. It does have a margin tax, also referred to as a franchise tax. This is a levy assessed in return for doing business in a state.

The Lone Star State margin/franchise tax has been expanded somewhat in recent years but still is dramatically smaller than California’s tax on companies. Texas collects its levy on companies’ total revenues, which are reduced by costs of goods sold, wages and employee benefits paid, at rates of 0.4875 percent for wholesalers and retailers and 0.975 percent for most other taxable business entities.

The bottom line appears to be that money and tax incentives talk, and it often leads corporations to walk from one state to another.