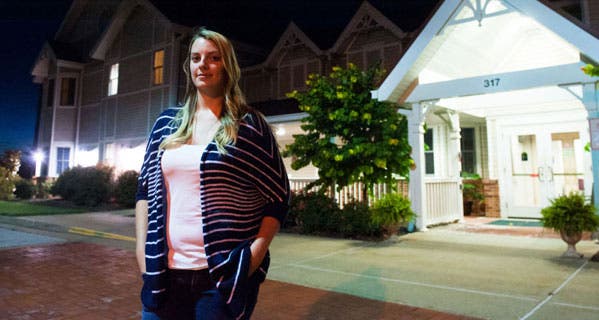 Every vote counts. That’s the get-out-the-vote rallying cry every election.

As the city prepared to hold an election to approve a half-cent sales-tax rate hike in a special community improvement district, or CID, officials were shocked to discover that it truly depended on 1 vote.

That 1 vote belongs to Jen Henderson. The 23-year-old University of Missouri student lives in a guesthouse on the school’s campus. The property is within the Loop 70 CID.

Henderson is the only registered voter living in the special district. And she alone would have been able to say yea or nay on its proposed tax increase.

Supporters of the tax hike, which include most of the businesses in the CID, say the added levy would bring in $50,000 to more than $200,000 annually, depending on who’s doing the math. The money, they argue, is critical to the area’s viability.

The Loop 70 businesses asked the Columbia City Council to create the new district so they could vote on the higher rate.

Under Missouri state law, CID sales tax hikes must be approved by qualified voters. That usually means the people living in the district. But when there are no registered individual voters living in a district’s boundaries, the vote falls to the district’s property owners.

The city council agreed with the businesses, mapping out and approving new Loop 70 CID limits in April that everyone thought would ensure approval of the tax increase.

Essentially, the council gerrymandered the district, intentionally omitting private homes surrounding the CID so the business owners could vote.

But their tax-hike plan fell through when, just weeks before the planned August vote, the city learned of Henderson’s legal residency.

Rather than take a chance that the young woman would deny the tax hike, CID board members on Aug. 31 scuttled the planned vote.

Now it’s back to the drawing board if the CID wants new, resident-free boundaries.