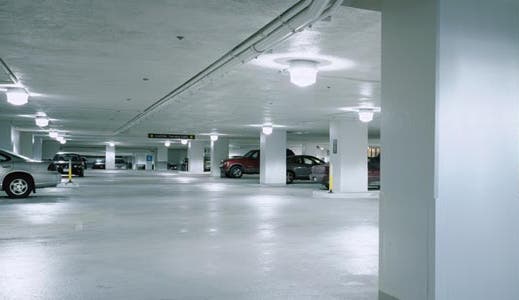 All politics is local, according to the famous quote by the late former Speaker of the U.S. House Tip O’Neill.

That assessment also applies to taxes. General discussions of tax policy and actual tax changes don’t generate as much public enthusiasm as do possible increases at the local, personal level.

A great example is playing out right now in Chicago. Rahm Emanuel, former adviser to Presidents Clinton and Obama and current Windy City mayor, wants to raise taxes on drivers who park in the city’s garages.

The parking tax is just one of several that Emanuel is seeking in an effort to balance Chicago’s 2015 budget.

Tax on parking in public lots would rise 2 percentage points, to 22 percent on weekdays and 20 percent on weekends, under the mayor’s proposal. A spokesman for Emanuel says the increase is expected to bring in $10 million next year.

It’s the third time since he was elected in 2011 that Emanuel has looked to parked cars for funds. In his first budget in 2012, a $2-a-day fee on cars parked in public lots on weekdays was added. The next year, the mayor was able to get Chicago city council members to change the flat $5 parking tax to a percentage parking tax.

It’s not clear whether city officials will go along with this third parking tax hike. It is clearer, at least anecdotally from online comments about the proposed tax hike, that Chicago area drivers are not pleased with the proposal.

Several characterize Chicago parking rates as “already stupidly expensive,” while others argue that the parking tax will backfire. “More people will choose not to drive or just not go downtown,” predicts an online poster.

There’s a similar school of thought in my current hometown of Austin, Texas. The city is seeking voter approval of a $1.4 billion transportation measure.

Most of the money would go for a 10 mile stretch of light rail in town. But most of the cost would be borne by property-owning residents far from the public transportation system. Those who wouldn’t immediately benefit from the rail line but who would see their residential property taxes go up on average by $200 a year tend to oppose it.

The opponents seem to be gaining ground as the Nov. 4 vote nears. But the battle for transportation money in the Texas capital is still too close to call.

For the first time, Austin city council members will be elected from 10 separate districts instead of at large. Stump speeches by those seeking new area-specific seats frequently include phrases like the rail plan costs too much, will raise property taxes and it doesn’t serve the district. Will the individual concerns of voters in most districts override Austin’s attempt to get some of its residents off the roads and on the rails?

What about Chicago? Will Emanuel get the tax hikes he wants? If so, will they cost him re-election next February?

Midterm elections like the upcoming November vote are notorious for low voter turnout. But local issues, particularly ones involving taxes, could spur more folks to head to their polling places.

Is there a local issue, tax or otherwise, in your city or state that is spurring interest in the coming election?