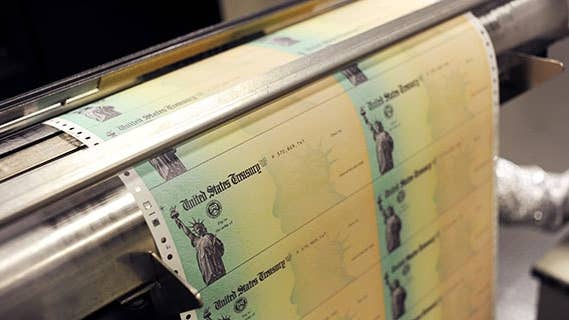 Millions of U.S. taxpayers have filed their returns. And as is the case every tax season, the Internal Revenue Service has issued refunds to most of those filers.

But many taxpayers may find themselves waiting a bit longer to get their cash back from the IRS. Tax agency filing data through March 18 show that refunds issued in 2016 are slightly off last year’s pace, down 1 percentage point.

The IRS doesn’t say exactly how much longer folks are having to wait for their tax money. However, some of the financial services clients of Portland, Oregon-based iovation, a provider of device intelligence for authentication and fraud prevention, have been keeping track.


The companies report that it is taking up to 3 times longer for their customers’ tax refunds to show up than it did last year. Essentially, the IRS is taking full advantage of the 21-day window in which it says it will issue refunds.

But, says an iovation exec, that’s not necessarily a bad thing.

“Tax and wage-related fraud was the most common form of identity theft reported to the Federal Trade Commission in 2015, so the fact that the tax review periods have tripled to combat fraud is encouraging,” said Scott Waddell, iovation’s chief technology officer. “We applaud the government’s efforts to minimize tax fraud because those criminals aren’t just costing the government money, they’re also hurting taxpayers and businesses.”

And it’s a lot of money. A Government Accountability Office report issued in January 2015 found that an estimated $24.2 billion in fraudulent identity theft refunds were prevented in 2013. However, that year the IRS still paid out $5.8 billion in refunds that it later realized were fake.

Still, the IRS is making some progress in halting tax ID theft.

“IRS has been a bit slower to raise the bar on fraud, so that’s why it’s been such a tempting target as compared to trying to defraud retailers and others where there are more layers of protection,” says Waddell. “It is now using basic security checks that have been missing for a while.”

Previously, he says, the agency tended to simply look at whether a Social Security number was real and if the associated person had a history of submitting returns.

In that situation, Waddell says, “If the bad guys get the return in first, then they get the refund. Getting it on a prepaid card makes that easier.”

Prepaid cards, says Waddell, are particularly popular with false refund claimants because they provide instantaneous monetization of the fraud.

And a tax identity theft victim’s problems might not stop with their refund falling into criminal hands. That fraudulent filing could be the gateway for crooks looking to steal even more.

“Tax fraudsters are diversified and also might be applying for loans or credit cards or financial instruments using much of the same personal data used to file a false tax return,” says Waddell.

You can help prevent that by following the usual security steps to protect your personal data, such as not giving out your Social Security number unless you absolutely have to, shredding documents and never using public Wi-Fi when transmitting documents containing sensitive data.

You also can use the free tools available at myBankrate to track your credit if you discover or are worried about a security breach.

As for those slower refunds, Waddell says iovation’s corporate clients are happy with the delays since it’s evidence of the IRS’ tougher security. “Less fraud means a better customer experience for them,” he says.

The actual refund recipients also might not be too upset either.

Bankrate’s recent Money Pulse tax refund survey found that more than 70% of taxpayers are willing to wait at least a little longer — and some are OK with a 2-month-or-more delay — for their tax money if it helps the IRS fight tax identity theft and refund fraud.

Have you received your federal tax refund? Did it take longer than last year to arrive? Most importantly, have you spent that money yet?