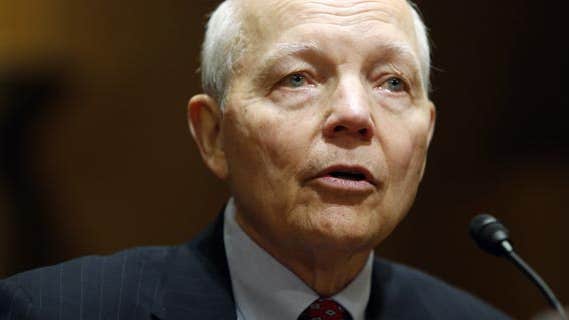 The 2015 tax filing season is likely to be a mess.

That sobering news was delivered Nov. 4 to attendees of the American Institute of CPAs’ National Tax Conference in Washington, D.C., by the head of the Internal Revenue Service.

The immediate problem, said IRS Commissioner John Koskinen, is that the IRS is still awaiting congressional action on more than 50 expired tax laws known as extenders.

The IRS chief’s message is not new. He’s given media interviews bemoaning the delays his employees are facing in updating forms and computer systems.

Koskinen’s even gone directly to the source of the problem. In an Oct. 6 letter to the chairmen and ranking minority members of the House and Senate tax-writing committees, the commissioner warned that additional delays pose “serious operational and compliance risks.”

“Continued uncertainty would impose even more stress not only on the IRS, but also on the entire tax community, including tax professionals, software providers, and tax volunteers, who are all critical to the successful operation of our nation’s tax system,” Koskinen wrote the lawmakers.

He reiterated that concern to the accountants gathered in the nation’s capital. “The continuing uncertainty about the extender legislation imposes stress not only on the IRS but the entire tax community, including everyone in this room,” he said.

If Congress is unable to reach a decision on the expired tax laws during the lame duck session and pushes action into the next year as it did with “fiscal cliff” laws that were reauthorized retroactively, the delay could mean a late start, yet again, of tax return filing season.

That would mean delayed return processing and slow issuance of taxpayer refunds.

A similarly distressing message was delivered by National Taxpayer Advocate Nina Olson, who also spoke at the AICPA conference.

Olson, whose office holds the IRS’ feet to the fire when it comes to taxpayer service, expects the 2015 filing season to be bad, but for different reasons.

Staffing and training cuts have hurt IRS communication with taxpayers, Olson told the group of accountants. Around half of taxpayers who call the IRS this tax season may never get to talk to a real person, she said.

Those who do finally make contact with an IRS representative, she noted, will likely have spent an average of 34 minutes on hold.

Olson said the level of overall poor customer service is the worst since the overhaul of the tax agency as mandated by the Internal Revenue Service Restructuring and Reform Act of 1998.

Here’s hoping that Koskinen and Olson are being a bit overly pessimistic. But just in case they’re right, get ready for a rocky filing season next year.