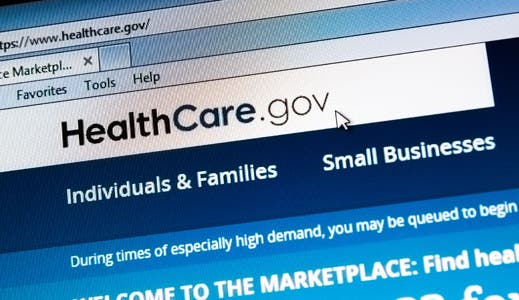 Here’s something no one expected. The Internal Revenue Service got a good review for its ability to calculate advance premium tax credit requests that it received when the health care exchanges opened last fall.

Actually, the review by the Treasury Inspector General for Tax Administration, or TIGTA, was better than good. It was great.

The advance premium tax credit was created as part of the Affordable Care Act, also referred to as Obamacare, to help individuals pay for mandated health insurance that meets minimum requirements. When that coverage is purchased under a state or federal health care exchange, the policy buyers can have part of the premium paid directly to the insurer via the advance tax credit.

Two steps are required to obtain the credit. Data from the IRS on applicants’ income and family size help the various insurance exchanges determine eligibility for the credit.

Once the IRS says that an individual is eligible for the tax credit, then comes the task of figuring just how much credit is allowed.

IRS excels on both parts

TIGTA looked at this two-part process between Oct. 1, 2013, and Oct. 14, 2013, the first two weeks that the exchanges were open, and found the IRS did exactly what was expected.

Of the 101,018 Affordable Care Act eligibility requests, TIGTA found that the IRS accurately responded to 100,985. That’s a 99.97 percent accuracy rate.

The agency did even better with the advance premium tax credit requests. It accurately calculated all 120,824 credit requests it received those two weeks. That’s right, a 100 percent accuracy rate.

“In nearly all instances, the IRS correctly provided accurate information to the health exchanges on income and family sizes,” said Inspector General J. Russell George. “Accurate information is essential for an exchange to determine if an applicant is eligible to obtain insurance coverage through the exchange.”

The IRS, which has received much less complimentary assessments on other tax matters, obviously was pleased. The agency credited the work of the Affordable Care Act Program Management Office and vowed to continuously improve its information technology systems and processes.

Skeptics point out that the TIGTA review was early in the process and limited in scope. TIGTA itself acknowledges that as of March 31, the IRS received more than 27 million income and family size verification requests and more than 11 million advance premium tax credit requests.

Could the problems TIGTA found in 33 eligibility instances early in the tax credit process continue in subsequent applications?

The problem last fall, reports TIGTA, was that the IRS couldn’t match the name on the application to its tax records. The individuals’ names, however, actually were in the IRS database.

The names were missed, according to TIGTA, because of a programming error in which IRS data did not always contain the most recent name information for the individuals’ tax accounts.

To avoid similar oversights, IRS chief technology officer Terence Milholland said the corrective action recommended by the TIGTA audit has been completed. Programming modifications are in place, said Milholland, so that taxpayer name fields are now consistent with the most recent name information shown on the individual’s tax records.

Now the IRS and taxpayers applying for the health care premium tax credit just have to wait for the final court rulings on whether the tax benefit applies to all state and federal exchanges.