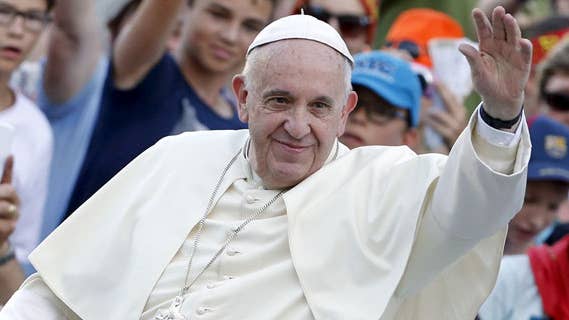 If you think the end of summer means the end of extra income from renting your house or vacation home, think again.

You don’t have to wait for festivals, though. Take Pope Francis’ upcoming visit to Philadelphia next month.

Hotels in the City of Brotherly Love filled up for the Sept. 26 event soon after it was announced. That opened the lodging door wide for folks willing to skip town and rent out their places to visitors.

It’s tax-free income heaven for Philly area homeowners who are getting sky-high amounts in connection with the popular pope’s visit. There are reports of a 3-bedroom residence going for $10,000 for the papal weekend. Smaller accommodations are benefiting, too. A studio that usually lists on a home rental site for $75 a night is asking $750 a night while the Pope’s in town.

Remember, if you rent your home or vacation house for 14 days or fewer during the tax year, the money you pocket as a short-term landlord is free from federal income tax.

But you’ll likely have to hand over some of the cash to state and local officials.

Cities have recognized the revenue possibilities, and many require homeowners to get short-term rental licenses. Some also have started collecting taxes on the home rentals just like they get from hotels and other dedicated lodging operations.

Let’s get back to Philly for an example of how special events can help replenish a city’s treasury.

On July 15, Philadelphia began collecting an 8.5% occupancy tax from websites like Airbnb for its offers of limited lodging within the city’s borders. That means the residential rentals that previously escaped the city tax collector now will be covered.

Philly is not alone with this tax move. Airbnb is already collecting city taxes in many popular destinations, including San Francisco; Chicago; Washington, D.C.; Malibu, California; and my current hometown of Austin, Texas, host of (way too) many music festivals.

The new lodging tax will come in handy for Philadelphia coffers again in July 2016 when the city hosts the Democratic National Convention.

As other cities see the bucks flow into Philly’s and other cities’ accounts, look for them to officially recognize and collect occupancy taxes from folks who provide temporary accommodations through room-sharing services.

Do you prefer renting a home to staying in a hotel when you travel? Would taxes added to that home’s rental price affect your lodging decision?