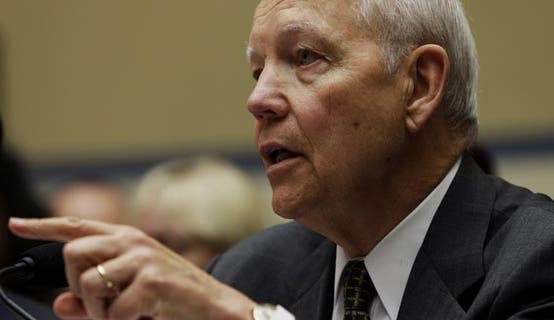 Timing is everything when it comes to taxes. That adage applies not only to filing deadlines we taxpayers face, but also to evaluation of the Internal Revenue Service itself.

Take, for example, the revelation that criminals were able to access data on tax returns previously filed by around 104,000 taxpayers. This breach of the IRS’ Get Transcript online application has been a major black eye for the already embattled federal agency.

Unfortunately for the IRS, that May 26 announcement of the security breach completely overshadowed some relatively good news about the agency’s overall efforts to stem tax fraud that were discussed in a report by the Treasury Inspector General for Tax Administration released two days later.

IRS Commissioner John Koskinen was on Capitol Hill this week, trying to explain to two separate Senate committees how the criminals were able to get private taxpayer information from the IRS’ online services.

The commissioner didn’t really offer any new details on who was behind the theft, which the IRS fears could lead to more tax identity theft fraud attempts next filing season. He once again characterized the tax data break-in as a sophisticated scheme most likely perpetrated by an organized crime syndicate.

Koskinen did, however, provide some more detail on the Get Transcript numbers.

Letters have been sent to the 104,000 taxpayers whose former tax filing data was compromised.

Of that group, about 35,000 taxpayers had already filed their 2014 income tax returns before the Get Transcript online break-in. This means, the commissioner told senators, that those individuals’ 2014 returns and refund claims were not affected because any fraudulent returns subsequently filed in their names would have been automatically rejected by IRS filtering systems.

The IRS has no record for another 33,000 taxpayer accounts of any return, either legitimate or fake, having been filed in 2015. This could be the case, for example, where the associated Social Security numbers belong to individuals who aren’t required to file a return, such as children or people who earned very little income.

But refunds for the 2014 tax year were issued for about 13,000 suspicious returns. Those refunds totaled around $39 million, and the average refund was approximately $3,000 per return.

Koskinen told lawmakers that the IRS is still determining how many of those 13,000 filings were by the actual taxpayers and which were filed using stolen identities.

While the public, Congress and media were focusing on the Get Transcript identity theft, the Treasury Inspector General for Tax Administration, or TIGTA, provided some good tax fraud news.

In case you missed it, the tax watchdog said in a report completed in April and released May 28 that the IRS continues to make significant improvements in its identification of identity theft tax returns when the fake returns are processed. That means the filings are stopped before fraudulent tax refunds are issued.

IRS data shows that as of last October, the agency’s tax fraud filters identified 517,316 tax returns and prevented the issuance of approximately $3.1 billion in fraudulent tax refunds, according to the TIGTA report. For the overall 2013 filing season, the IRS caught approximately $24.3 billion in identity theft refund fraud.

Of course, since TIGTA’s job is to keep the IRS on its toes, the inspector’s office said the tax agency could do more. Still, given the issues the IRS has been dealing with in recent years and the tax ID theft trouble this month, any good news is welcome.

Are you in one of the five groups at most risk for identity theft? If so, you might want to check into ID theft insurance.

Worried there may be mistakes on your credit report? Check it for free at myBankrate.com.