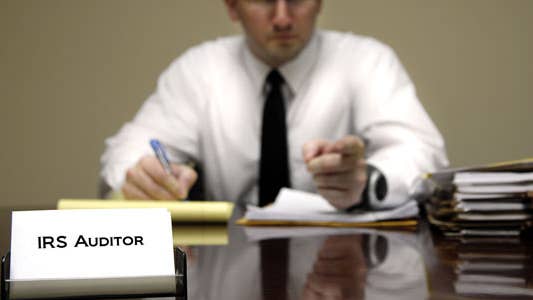 Does fear of an Internal Revenue Service audit keep you honest when you’re filing your tax returns? You are not alone.

Studies by the IRS Oversight Board, a panel created by the 1998 IRS Restructuring and Reform Act to keep an eye on the tax agency, have confirmed the link between IRS examinations and correct 1040s.

However, we’re not as scared of the tax collector as in the past.

Around 60 percent of taxpayers surveyed in fiscal year 2013 cited audit fear as a factor in their filing compliance. That was down 3 percent from the year before.

Similarly, in 2012 around 11 percent of filers said it was OK to cheat on taxes. The next year, the pool of potential tax scofflaws ticked up to 12 percent.

The reason more people are less afraid of the IRS and slightly more prone to fudge figures on their tax returns is tied to the number of audits. As that has decreased, cheating has gone up.

Why isn’t the IRS looking more closely at our returns? It has staffing problems.

A recent report by the Treasury Inspector General for Tax Administration, or TIGTA, found that after hiring almost 3,300 revenue agents and tax compliance officers in fiscal years 2009 and 2010, fewer than 200 of these positions have been filled over the last three fiscal years.

That’s the fewest number of new hires in more than 10 years, according to TIGTA.

And that, says the tax oversight office, has contributed to a 20 percent drop in the overall number of IRS personnel who examine tax returns.

Not enough money to hire

The ability of the IRS to conduct reviews and audits of taxpayer filings is tied to how much money Congress gives the tax collection agency.

In recent years, that amount has been dropping, too.

Between fiscal years 2010 and 2013, the IRS budget was cut 7.4 percent. Add to that sequestration, which TIGTA says has “had a significant impact” on the tax agency’s funds.

Meanwhile, as its financial resources decreased, IRS responsibilities have expanded. In fiscal year 2013, for example, the IRS role expanded in tax-related portions of the Affordable Care Act and the Foreign Account Tax Compliance Act.

Less money has meant fewer employees available to provide taxpayer services and enforce the tax laws, according to TIGTA.

Somehow, however, the IRS has managed to do its job pretty well.

Despite the drop in tax return examinations, the amount of money that the IRS collected in fiscal year 2013 rose to $2.9 trillion. That’s a 13 percent increase over 2012. It also was the third straight year the tax agency brought in more revenue than the year before.

Enforcement revenue collected also increased during that cycle, from $50.2 billion in fiscal year 2012 to $53.3 billion in 2013. A big contributor to the U.S. Treasury was settlements of several large tax cases that had been appealed.

The IRS is to be commended for doing more with less. Its good work, however, could doom it to continued congressional budget cuts.

Some tax money this year could come from New Jersey reality TV stars.

“Real Housewives of New Jersey” stars Joe and Teresa Giudice were sentenced on Oct. 2 to prison terms for their guilty pleas to multiple federal charges. Joe got 41 months in jail. That includes 12 months to run concurrently for his failure to file tax returns in 2004. Teresa was sentenced to 15 months.

New Jersey federal Judge Esther Salas, however, was not happy with what she called “glaring” omissions and inconsistencies in the couple’s required pre-sentencing financial disclosure statement. Joe’s attorney, according to news reports, couldn’t confirm whether his client had actually paid the $224,000 he owes in back taxes.

I suspect the IRS eventually will get the almost quarter million dollars it — and we law-abiding taxpayers — are owed.