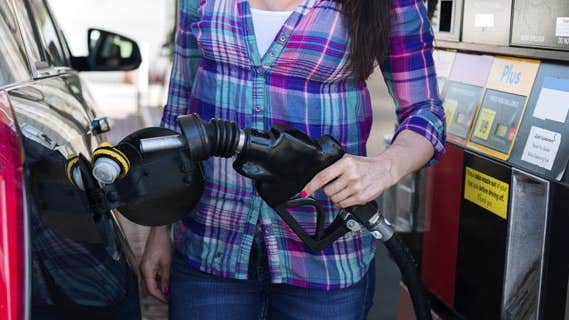 The U.S. Senate’s Memorial Day break got a bit of a late start. That chamber was still meeting as the holiday weekend began, working on unfinished business that included funding for the Highway Trust Fund.

This financing option is the main source of money for America’s roads, bridges and other infrastructure. Funding was set to expire on May 31. Now it will run out on July 31, thanks to a two-month extension agreed to by the House on May 19 and, in the early morning hours of May 23, by the Senate.

It was the latest in a series of short-term highway funding extensions passed by Congress over the last several years.

You would think that in automobile-loving America, the funding of our roadways would be one area where political differences could be bridged. You would be wrong.

The Highway Trust Fund is supported primarily by the federal excise tax on gasoline, which has been stuck at around 18.4 cents per gallon since 1993. Proposals to increase that tax rate don’t set well with generally anti-tax Republicans.

As part of corporate tax reform, the White House has suggested taxing income from U.S. multinational corporations that have technically established their headquarters in lower-taxed foreign countries and use the money to replenish the highway fund. That tax plan has hit roadblocks on Capitol Hill.

So we idle as our roads deteriorate and bridges crumble. Worse, those problems are exacerbated because Congress can’t agree to a long-term infrastructure plan. Many state transportation departments have postponed construction projects this year because they were unsure of how much, if any, federal funds they might get.

Some states, however, are less hesitant when it comes to their own contributions to road projects. Almost 20 states have increased their state gas taxes since 2012. The latest to join that group is Nebraska.

And one of the states among the top 10 states with the highest combined state and federal gasoline taxes is looking to add more charges.

California Gov. Jerry Brown wants to increase the Golden State’s gas tax to pay part of the $59 billion needed to fix roads and bridges. The Democrat apparently has a good shot uniting his party and Republicans in the effort, as the GOP reportedly is open to raising pump prices.

State Sen. Jim Beall, D-San Jose, has taken the legislative lead on Brown’s request. Beall has introduced a bill that would increase the state gas tax by 10 cents per gallon. It also would hike vehicle license and registration fees. All the new charges are projected to raise at least $3 billion a year for transportation.

How are the highways in your state? Would you pay more in fuel taxes — state, federal or both — for repairs?

Compare gas credit cards on Bankrate.com to save at the pump.