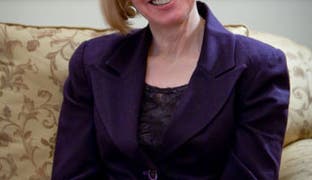 The Internal Revenue Service is walking a thin line in trying to simultaneously screen for potentially fraudulent tax returns and issue refunds to rightful taxpayers. Sometimes, says the National Taxpayer Advocate, the tax agency crosses that line, forcing hundreds of thousands of legitimate taxpayers to wait for their refunds.

The problem, according to National Taxpayer Advocate Nina E. Olson in her 2015 annual report to Congress issued Jan. 6, is a growing rate of false positives in a key tax fraud filter used by the IRS in processing returns.

The Pre-Refund Wage Verification Program, referred to as “income wage verification,” or IWV, in Olson’s report, allows the IRS to temporarily freeze an individual’s refund when it detects possible false wages and withholding. That in itself is not bad. But these refund holds, says Olson, are snaring more honest filers, whose legitimate refunds are substantially delayed.

The Taxpayer Advocate Service’s analysis of 2014 tax year filings found that nearly 180,000 legitimate filers who had their returns flagged under the IRS’ Electronic Fraud Detection System had to wait on average nearly 18 weeks before they got their refunds.

Things got worse for filers in 2015, when the IRS moved potential identity theft returns identified by the electronic detection system to the Taxpayer Protection Program, or TPP, for processing. The TPP’s false positive rate jumped from 19.8% in calendar year 2014 to 36.2% in 2015.

Making matters worse, says Olson, is that many of the affected taxpayers were unable to contact the IRS to verify their identity. At one point during the peak of the 2015 filing season, only 1 out of 10 calls got through to an IRS representative, says Olson.

The IRS also increased the testing of another application to detect identity theft or fraud, the Return Review Program. This system experienced an increase of more than 500% in erroneous refund holds.

Almost 37,000 taxpayers contacted the Taxpayer Advocate Service for help in resolving the holds on their refunds in the first 9 months of 2015, according to the report. That’s a nearly 15% increase over the prior year, making it the 2nd most common reason taxpayers came to the IRS’ internal watchdog office for help.

Even with the Advocate’s help, it took an average of more than 8 weeks for these wrongful refund holds to be resolved.

Olson acknowledges that any effective tax identity theft and refund fraud screening method will result in false positives, no matter how well designed. However, she says, the high false positive rates in all of the IRS’ fraud detection programs “are unnecessarily high.”

More worrisome, according to the report, is that the IRS does not track the false positive rates for the IWV program, meaning it cannot determine exactly which fraud filters are stopping legitimate refunds.

And taxpayers whose refunds are frozen cannot reach a real person to help them resolve the problem. If a taxpayer tries to get information from the agency’s automated online Where’s My Refund? program, the filer receives a generic message prompting a call to the IRS. Even if the taxpayer does reach an IRA representative, that agent doesn’t have access to the fraud detection histories and cannot give specific responses to taxpayer inquiries.

Olson’s conclusion: Despite certain improvements in balancing fraud detection and taxpayer rights, the IRS has a ways to go.

To avoid finding yourself facing a possible tax identity theft/fraudulent refund situation that puts your real refund on hold, keep an eye on your personal data. You can check your credit reports and monitor them for free at myBankrate.