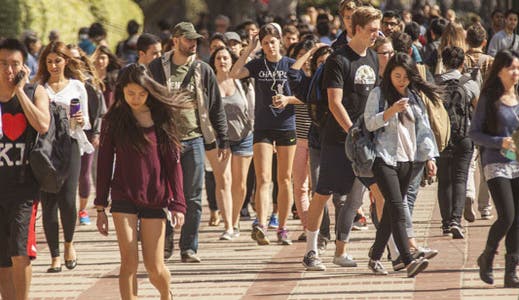 School has started across much of the country. That means the kiddos soon will be toiling over homework.

But parents need to do some studying of their own.

Unlike these students, many of today’s undergraduates are older and wouldn’t benefit from H.R. 3393. © Richard T. Nowitz/Corbis

In addition to checking out the various tax breaks available to help offset schooling costs, parents and older students need to keep an eye on Congress.

Before lawmakers left Washington, D.C. for their annual August break, they passed a variety of education-related measures.

One of particular tax interest is H.R. 3393, the Student and Family Tax Simplification Act. As I blogged back in June when this bill was approved by the House Ways and Means Committee, it would merge several popular educational tax benefits.

Basically, H.R. 3393 would revise the current American opportunity tax credit, which is set to expire at the end of 2017, and make it permanent. In doing so, it would combine components from the Hope scholarship credit, which the American opportunity credit essentially replaced for most students, as well as parts of the lifetime learning tax credit and the tuition and fees deduction. All those other education tax breaks then would be eliminated.

Several higher education groups, however, hope the Student and Family Tax Simplification Act doesn’t make it through the Senate.

The American Council on Education sent a letter expressing concerns with the bill to Representatives before they voted on H.R. 3393. Nine higher education associations cosigned the letter.

The groups reiterated their support of all the existing tax credits, as well as acknowledged that each is “overly complex and difficult for students and their families to correctly use.”

The educators also said they generally supported a consolidated credit that simplifies the current tax benefits.

The major problem, according to the educators, is that the legislation would “negatively impact many low- and middle-income students and families who benefit under current law.”

The bill also strips many of the existing benefits now available to graduate students and others who currently can claim the tuition deduction or lifetime learning tax credit.

In an earlier letter to the House Ways and Means Committee, the education groups had noted changing student demographics. “Today, nearly 50 percent of undergraduates and three-quarters of all students are adult learners, age 23 or older, with a quarter over age 30, a proportion that will likely continue to grow,” the group wrote back in April.

In addition to being older, these students also tend to work full-time, have dependents or serve in the military. These commitments mean they usually take only a few classes a year. And that means it takes them longer to complete their degree work.

H.R. 3393 would impose a four-year classwork limit on tax benefits, which would prevent many older students from getting tax help for attaining their diplomas.

Any education tax reform legislation, argue the educators, should take into account the demographic profile of today’s students and preserve current benefits for them and as many students as possible.

“Because we continue to have serious concerns about the Student and Family Tax Simplification Act, we cannot support the bill as currently written,” the educators said in the letter.

I suspect this communication is being touched up for delivery to the Senate when Congress returns to work in September.