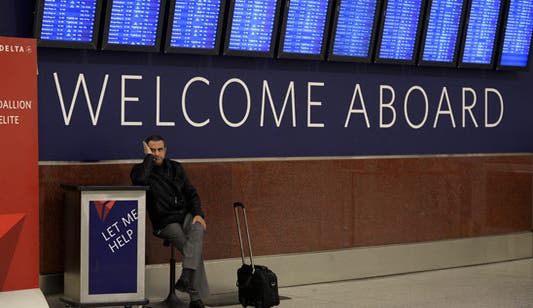 Do you know where your airline ticket dollars are going? Members of Congress say it’s time for travelers to get the full picture. They disagree, however, on the way to do that.

H.R. 4156, the Transparent Airfares Act of 2014, is not exactly a nonstop piece of legislation, but it is on a fast track. It was introduced by Rep. Bill Shuster, R-Penn., on March 6, has a bipartisan group of 35 representatives as co-sponsors and was reported out of the House Committee on Transportation and Infrastructure, which Shuster chairs, on April 9. One legislative tracking service says the bill has a 70 percent chance of being enacted.

Over in the Senate, a bill offered by Sen. Robert Menendez, D-N.J., is trying to catch up. S. 2290, which Menendez has dubbed the Real Transparency in Airfares Act of 2014, was introduced May 5 and is pending in the Senate Commerce, Science and Transportation Committee.

The sponsors and supporters of both bills say their legislation is the best way for travelers to know the business and tax costs of their airline tickets.

Shuster’s bill would overturn the Department of Transportation’s full-fare advertising rule. This regulation, put in place in 2012 and supported by consumer groups, requires airlines to quote ticket prices that include all mandatory taxes and fees.

That practice, Shuster says, runs counter to the sales of virtually all other consumer products. In most other retail instances, he says, items are advertised at a base price, with taxes added on at the point of purchase. The Transportation Department’s regulations, Shuster argues, “have fundamentally and unfairly changed the advertising rules for airfares by requiring all government imposed taxes and fees to be embedded in the advertised price of a ticket.”

By doing that, Shuster says, consumers do not get a full picture of the government charges added to ticket prices.

Those taxes and fees would still be disclosed under the House bill. But the amounts would be elsewhere, such as on separate online pages or in added information in advertisements. Essentially, it would be the buyer’s responsibility to find and read the fine print and calculate a fare’s full price once the current 17 federal taxes and fees are included.

Menendez and other opponents of H.R. 4156 call the bill a deceptively named gimmick. They contend the House proposal is a giveaway to airlines, several of which, along with some pilot and flight attendant groups, support the House bill.

Air travelers have had to cope in recent years with a variety of added fees, from baggage to seat charges. Menendez charges that airlines have tried to hide these costs to make their ticket prices look significantly cheaper than they really are. The House bill, says the Senator, would make it even harder for fliers to determine the bottom-line cost of an airline ticket.

Allowing airlines to advertise a seemingly low base fare and then tack on taxes and user fees is, says Menendez, a bait-and-switch tactic and a “deceptive attempt by a powerful industry to mislead customers about the real price of airfare.”

Menendez’s bill, which has the support of some business travel organizations, as well as several consumer groups, would codify the Department of Transportation rule requiring full-fare advertising by airline ticket sellers. It also would double the maximum penalty for violators to $55,000 a day.

“These tougher penalties will make unscrupulous ticket sellers think twice before they try to pull a fast one on their customers and pay heavily if they do so,” says Menendez.

Which do you prefer to see when you go shopping for flights: one consolidated ticket price or the lowest base fare offered by an airline?

If you could use your frequent flier miles to fly somewhere for free, where would you go? Here are the top seven places U.S. frequent fliers plan to visit using their miles.