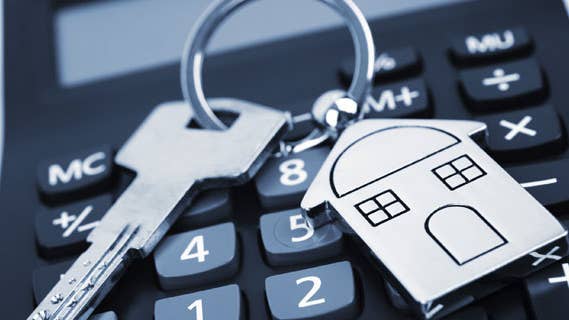 Former neurosurgeon and Republican-presidential hopeful Ben Carson quietly stepped on a tax and political land mine during the latest debate.

About halfway through the Milwaukee event, Carson suggested getting rid of the mortgage interest deduction.

Actually, Carson has previously called for eliminating all tax deductions.

Some other GOP candidates also support tax simplification by doing away with most itemized deductions. But they also expressly say they would retain the mortgage interest and charitable donation deductions.

From a bottom line standpoint, Carson needs to do away with deductions if his flat-tax plan is to work. He wants to make everyone, regardless of their income level, pay the same tax rate.

Carson has used 10% as his target tax rate, basing it on the tithing percentage he personally prefers, but he has said he’s flexible and the single tax rate could be as high as 15%.

But when you reduce the rates that dramatically — the current top rate is 39.6%, you have to come up with the lost revenue somewhere. Doing away with deductions, mortgage interest and otherwise would help make up the U.S. Treasury shortfall.

However, killing a popular tax break is not as easy as it sounds on the campaign trail.

“There are a lot of people who say, if you get rid of the deductions, you ruin the American dream because, you know, home mortgage deduction,” Carson said during the latest debate. “But the fact of the matter is people had homes before 1913 when we introduced the federal income tax, and later after that started deductions.”

That’s true. It’s also true that most other countries don’t have a similar tax break, and their citizens still buy houses.

Expectations count for a lot, especially when it comes to taxes. The mortgage interest deduction is one of the most popular tax breaks around as evidenced by Carson’s other GOP White House competitors who say they will retain the deduction.

It’s also a write-off that’s enjoyed disproportionately by wealthier taxpayers, who tend to be more politically active when it comes to contributing to candidates and to voting.

Since current law allows for interest on a loan up to $1 million to be deducted, some homebuyers push that limit. This makes the deduction basically a subsidy for oversized houses and encourages people to buy homes that are bigger than they really need or could afford without the write-off, many economists and tax policy experts say.

But even homeowners who don’t make that much money rely on the tax break. People who are on the edge when it comes to buying a house need the deduction to help cover what they’re spending.

And almost every homeowner buys a residence expecting that deduction.

Popular with business, too

Plus, the housing industry — from builders to home-loan lenders to real estate agents — are a unified and powerful front ready to vigorously defend the mortgage and other home-related tax breaks.

They’ve had great success in beating back previous tax reform proposals that also floated killing the home-loan interest deduction or replacing it with a tax credit.

So sorry, Dr. Carson. We’re stuck, for tax better or worse, with the mortgage interest deduction for the foreseeable future.

Did the mortgage loan deduction play a role in your homebuying decision? If you’re looking to buy a house, would the lack of a tax break change your mind?