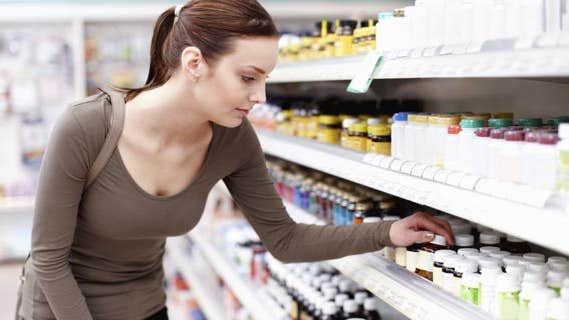 The anti-Obamacare effort has shifted gears in the 114th Congress. Rather than focusing on repeal of the Affordable Care Act, as it’s officially named, lawmakers now are chipping away at the health reform law.

A group of lawmakers wants to restore flexible saving account, or FSA, benefits that were removed or limited under the health care law. FSAs are workplace accounts where employees contribute tax-free money that they later use to pay for medical treatments not covered by insurance.

This latest legislative approach is less contentious, since the FSA changes upset many Americans, even those who generally support Obamacare. The broader opposition to the FSA limits also is apparent in that Democrats are joining Republicans in calling for the return to prior FSA law.

The Family Health Care Flexibility Act would reinstate the option to use medical flexible spending account funds to pay for over-the-counter, or OTC, drugs.

Currently, FSA money can be used to pay for medications bought off store or pharmacy shelves, but only if a doctor prescribes the use of the OTC drugs.

The Family Health Care Flexibility Act has been introduced in the Senate by Sen. John Barrasso, R-Wyo., and in the House by Rep. Erik Paulsen, R-Minn.

A similar but separate bill, introduced in the Senate by Sen. Pat Roberts, R-Kan., and Sen. Heidi Heitkamp, D-N.D., also would return unrestricted use of FSA funds for over-the-counter medications. The House version of the Roberts-Heitkamp measure was introduced in that chamber by Rep. Lynn Jenkins, R-Kan., and Rep. Ron Kind, D-Wis.

Barrasso and Paulsen say that the change would save both individuals and the government money. Use of over-the-counter medications, according to a study cited by the lawmakers, saves the U.S. health care system approximately $102 billion per year.

The return to prior law also would “put power in the hands of patients by letting them make their own decisions when it comes to their care,” says Paulsen.

“Families now have to waste more time and money jumping through Washington mandated hoops just to access these accounts,” says Barrasso. “We should be making it easier for families to pay for routine medical expenses, not harder.”

Roberts echoed those sentiments in announcing his bill. “Rather than promoting cost-effectiveness and accessibility, this burdensome provision of Obamacare directs people to potentially more costly, less convenient, and more time-consuming alternatives,” he says. “It should be repealed, and folks should be allowed to spend their FSAs as they see fit.”

In addition, the Barrasso and Paulsen measure would repeal the $2,500 limit on employee contributions to an FSA.

Prior to enactment of the health care law, there was no statutory contribution limit on medical FSAs. Companies were given the option to determine how much workers could put in their medical spending accounts.