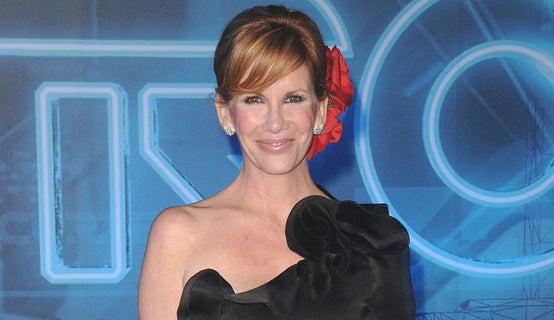 Melissa Gilbert, who played the young Laura Ingalls Wilder on television’s “Little House on the Prairie” from 1974 to 1982, is all grown up and running for Congress.

Gilbert’s tax troubles came to light on Feb. 3 when the IRS filed a $360,551 tax lien against her, citing unpaid income taxes from 2011, 2012 and 2013. The tax bills are getting renewed attention now that the 51-year-old actress is running as a Democrat to represent the 8th district of Michigan, an area northwest of Detroit and one that’s been reliably Republican in recent years.

The campaign for Rep. Mike Bishop, the Republican who won the seat in a special election last year, released a statement following Gilbert’s announcement, chiding her for having a stylist for her dog while not paying her taxes.

Gilbert, who charmed audiences as the TV daughter of the late Michael Landon and most recently appeared on “Dancing With the Stars,” blamed the federal tax debt on “a perfect storm of financial difficulty.”

She cited the recent recession, a stall in her acting career and her divorce in 2011 from actor Bruce Boxleitner. Gilbert married Lansing, Michigan, native Timothy Busfield, best known as one of the stars of the 1980s TV show “Thirtysomething,” in 2013 and the couple and their children moved from California to his home state.

Tax payment plans for all

Gilbert says she has set up a payment plan with the IRS.

These arrangements are not just for the previously rich and once famous. Uncle Sam will gladly work with any taxpayer who owes more than he or she can pay.

If your tax bill is $10,000 or less, the IRS will automatically approve your payment plan. You can owe up to $50,000 in combined taxes, penalties and interest and still be eligible for an installment agreement under the IRS’ expanded Fresh Start program, which means you won’t have to provide the agency with a financial statement. You can even set up the payment plan online at IRS.gov.

Gilbert is hoping that her IRS issues will help more than hurt her congressional campaign.

“Like so many people across the nation, the recession hit me hard,” Gilbert said in a statement to The Detroit News.

If enough voters in her congressional district can relate to her financial and tax troubles, Gilbert just might be joining the legislative body that makes the tax laws that she’s working to meet.

Would you vote for a candidate who’s had tax trouble? Would difficulty paying a tax bill make that person seem more relatable? Or would nonpayment of taxes make you doubt the person’s ability to do the job?