6 things to learn from the Trump tax plan proposal 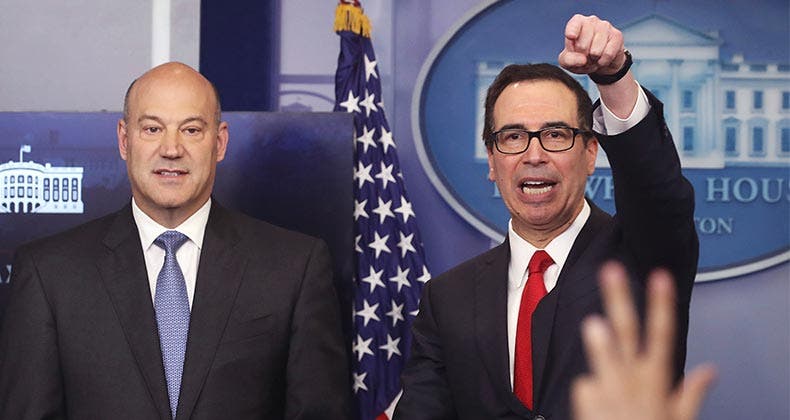 It’s here: President Donald Trump has released his long-awaited tax plan. The changes, if signed into law, would amount to the first significant corporate and individual tax reform in 31 years.

What does the plan mean for you?

In theory, you will pay less tax and it will be much easier to file your taxes.

Let me break it down for you. The new tax plan includes:

Trump’s plan reduces the current seven tax brackets to three: 35%, 25% and 10%. It’s unclear which incomes these rates apply to.
For those at the top end, this will likely mean a sharply lower tax rate, since the top rate is currently 39.6 percent.

Savvy savers will understand that while a tax break feels like “free” money, paying less tax means an increased ability to save.

The best thing you can do with that money is stash it in a savings account or IRA.

In other words, some expenses, such as charitable donations and medical expenses, won’t help you lower your tax bill. But there is something you can do: If you’ve been mulling a medical procedure or sizable charitable donation, take care of it this year. The tax reform changes would not take effect until after this year – so you can still take these deductions when you file in 2018.

Also known as the estate tax, Trump calls it unfair and a punishment for achieving the American dream.

These taxes are currently imposed on someone’s estate when they die, and the beneficiaries of the estate must pay that tax on estates starting at $250,000. Under Trump’s proposal, the estate tax would be repealed.

You might consider meeting with a Certified Financial Planning professional to craft a workable plan when dealing with estate planning, even if this tax is eliminated.

This unpopular alternative minimum tax was created in 1969 to close up loopholes for the wealthy – and it cost Trump himself $31 million in 2005.

The AMT has its own set of tax rates and reduces the tax breaks available to individuals subject to it, including deductions for state and local taxes and certain itemized deductions.

The tax also makes doing your taxes more complicated – so you might have found yourself paying this even if you’re not superrich. The Tax Policy Center says those most affected are married, well-off people with large families in states with higher tax rates.

Earmark the money you might have had to spend on a tax bill to bulk up an emergency savings account or IRA – no one ever wishes they had saved less for retirement.

Here’s who else will benefit: businesses of all sizes. “Pass-through” business income, which many small businesses report, currently is taxed using the individual tax codes. If this plan is put into action, small businesses will be taxed at that 15 percent level.

Small-business owners might want to take some of the extra cash they’ll be able to set aside and either stash it in a SEP-IRA, or build up ready savings in a money market account.

A tax on overseas profits

The administration also called for a “one-time tax on trillions of dollars held overseas” by U.S. corporations. This outline fell far short of a “repatriation” plan that some expected, which could have generated hundreds of billions of dollars for the Treasury.

Instead, administration officials said they did not know at what rate they would set the one-time tax. As part of the plan, future overseas income would not be taxed under a new “territorial tax system.”

Not a done deal yet

The debate that will take place over hashing out these proposals is going to be fascinating, says Tony Nitti, a tax partner at WithumSmith+Brown in Aspen, Colorado.

His advice? “Get your popcorn ready and watch this unfold.”