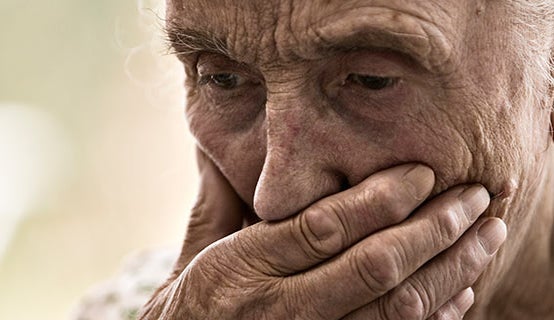 Notch a victory for the good guys. 5 people were arrested on May 23 in Miami, Florida, on charges they participated in what law enforcement and tax officials have called the largest tax scam ever.

The individuals — Jennifer Valerino Nunez, Dennis Delgado Caballero, Arnoldo Perez Mirabal, Yaritza Espinosa Diaz and Roberto Fontanella Caballero — are accused of participating in the telephone scheme where callers impersonate Internal Revenue Service agents. The con artists tell victims they owe taxes and unless they send the criminal callers the money, they will face a federal lawsuit or even arrest.

Just like the telephone tax scam itself, the charges and arrests were nationwide. The 5 were arrested in South Florida after official criminal charges of wire fraud and conspiracy to commit wire fraud were filed against them earlier this May in federal courts in Minnesota, Texas and Arkansas.

The astounding numbers on the telephone scam were first reported in 2013. Since then, according to the IRS and TIGTA, more than 896,000 people have been called by the con artists. More than 5,000 have fallen victim, losing more than $36 million to the calling crooks. The average loss is $5,700.

The 5 arrested this week on charges of being a part of the telephone tax scam allegedly pocketed almost $2 million from more than 1,500 victims.

Senior citizens are among the hardest hit by the phone scam. Personally, I’ve heard tales of the calls from my 81-year-old mother. She hasn’t received one, but many of her friends were intended victims. I’m happy to report that none of them fell for it.

My mother’s septuagenarian and octogenarian friends are smart and lucky. Others haven’t been.

Senator Susan Collins, R-Maine, has been keeping an eye on scams that target seniors from her position as chair of the Senate Special Committee on Aging. In February, Collins’ committee issued a report on the top 10 scams targeting older U.S. residents. The telephone tax scam topped that list, generating more than twice as many fraudulent calls than any other scam in 2015.

As part of its investigation into scams that target the elderly, the Senate Aging Committee created a toll-free Fraud Hotline at 1 (855) 303-9470. Last year, more than 1,100 people called the hotline.

One of those calls helped TIGTA make this week’s arrests.

A caller to the Fraud Hotline in October 2015 reported that her husband had recently been contacted by an individual claiming to be from the IRS and demanding immediate payment of alleged back taxes. The victim, as instructed by the scammer, wired nearly $2,000 to the criminals to avoid what he was sure was possible legal action.

With that information, a fraud hotline investigator traced the wire transfer to Minnesota and reported the transaction details to the tax inspector’s office. TIGTA’s subsequent investigation led to the arrests.

“Thanks to the quick actions of the investigators who staff our Fraud Hotline, the Inspector General has made significant arrests in the fight against a pernicious scam,” said Collins in a statement. “These actions should also put criminals on notice that we will relentlessly pursue those who seek to rob seniors of their hard-earned savings.”

“The scammers are relentless and so are we,” said George in a statement announcing the arrests. “Our investigators will not rest until we have brought each individual involved to justice.”

As the still-growing IRS impersonation call numbers show, TIGTA has lots of work ahead of it in this area. But congratulations to the U.S. Treasury division for its success this week.

We can all help in the fight by reporting instances of attempted tax fraud and identity theft. If the worst does happen and you fall prey to such crooks, keep an eye on your personal data and credit reports. You can check those for free at mybankrate.com.