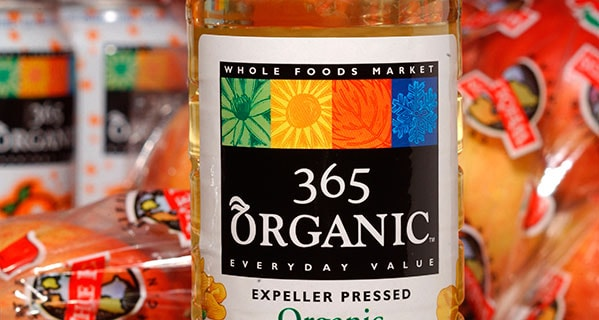 If you appreciate organic and natural foods but can’t help rolling your eyes at overpriced kale or turkey bacon, Whole Foods says it has a new option for you.

The supermarket operator is about to open its first “365 by Whole Foods Market” store in the Silver Lake neighborhood of Los Angeles.

After experiencing slumping sales, Whole Foods seems to be aiming to shake its “Whole Paycheck” nickname with the new 365 chain. In announcing the concept last year, the company described a smaller-store format that it said would offer “industry-leading standards at value prices” and would be geared toward millennial shoppers.

The name is a nod at Whole Foods’ 365 Everyday Value brand, which features organic and natural products at lower prices. But executives don’t want you to think of 365 as Whole Foods’ cheaper chain.

Possibly coming to a town near you

After the Silver Lake location, 2 other 365 stores are slated to open this year: 1 in Bellevue, Washington; and another in Lake Oswego, Oregon. Other locations are in development in these cities:

Whole Foods may have a hit on its hands. A blog post introducing the 365 concept has garnered an abundance of responses, with readers requesting that the company consider bringing the new chain to their towns.

Would you shop at a 365 Whole Foods Market in your town? Tweet to @sarahberger0408