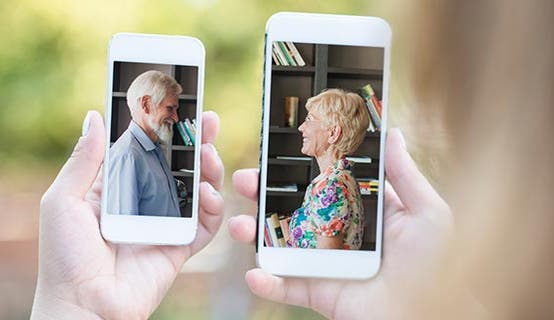 Is the thrill gone for smartphones?

There’s been much hand-wringing in the media this week over reports Apple is scaling back production of its iPhone 6s because of weak demand. The company has not confirmed these reports, but Apple stock tumbled nonetheless.

Still, even if the rumored slowdown is untrue, there’s mounting evidence the smartphone boom is coming to an end. There simply are no more new customers to be had.

Some 68% of U.S. adults now own a smartphone, the Pew Research Center reported last fall. “Ownership is nearing the saturation point with some groups,” with more than 8 in 10 adults ages 18-49 owning a smartphone, Pew found.

And demand for smartphones has become “sluggish,” according to a survey released this week of 28,000 consumers in 28 countries, including the United States.

“The days of huge growth in the smartphone market appear to be over,” the authors of the survey from Accenture, a professional services company, found. “Only 48% of consumers plan to purchase a smartphone in the next 12 months.”

Little demand for other tech

Consumers have lost their appetite for more than just smartphones, according to the 2016 Accenture Digital Consumer Survey.  Demand is down for tablets and laptops, too, while much ballyhooed connected devices, like smartwatches, have yet to capture the public’s imagination.

Accenture found that just 13% of consumers plan to buy a smartwatch this year, up just 1 percentage point from 2015. And there’s little growth in demand for fitness trackers, connected home surveillance cameras and smart thermostats.

“Our research shows there are 3 main roadblocks preventing greater adoption — price, security concerns and ease of use,” the study’s authors wrote.

It’s not that people no longer like their smartphones. They’re just holding onto them longer than they once did. The replacement cycle for cell phones and smartphones has been creeping up for a couple of years now, according to data from Recon Analytics, a Massachusetts-based research and consulting firm.

Consumers replaced their phones on average every 21.7 months in 2013. The replacement rate is projected to increase to 30 months in 2016.

Perhaps this longer cycle is reflected in consumers’ reasons for not buying a new phone. Nearly half (47%) say they’re satisfied with their current device, according to the Accenture survey. Some 26% say they just bought a new phone, while 14% indicate they cannot afford a new phone and 4% say new phones simply aren’t innovative enough to be worth buying.

What about you? Are you holding on to your phone for longer than you have in the past?