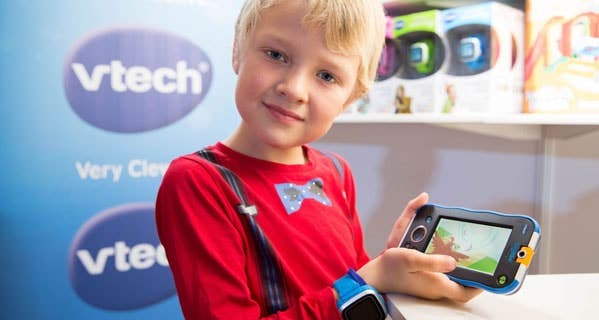 Hackers apparently don’t have any qualms about attacking toy makers.

VTech, a Hong Kong-based toy company, was recently the victim of a data breach that exposed the personal information of as many as 4.8 million families throughout the world, including those in the United States.

VTech sells kids’ tablets, cameras and other devices to families across the globe. Those devices require parents to set up accounts for their kids within VTech’s cloud service, called the Learning Lodge.

On Nov. 23, VTech was informed about the breach from a Canadian journalist and began an investigation. On Nov. 24, it confirmed the data breach, according to a FAQ about the breach on VTech’s website.

What information was taken?

Names, email addresses, encrypted passwords, secret questions and answers, IP addresses, mailing addresses and download histories were compromised by this breach. Photos taken by users — including children — also were stolen from the company’s servers, a man who claimed to be the hacker told the website Motherboard.

The purported hacker says he does not intend to publish or sell the data, according to Motherboard.

What is VTech doing?

The company started notifying customers about the breach on Nov. 27.

Meanwhile, VTech is conducting an investigation and taking additional measures to strengthen security.

Is my family at risk?

If you’ve signed up for the VTech Learning Lodge, there’s a chance your family’s information could have been compromised.