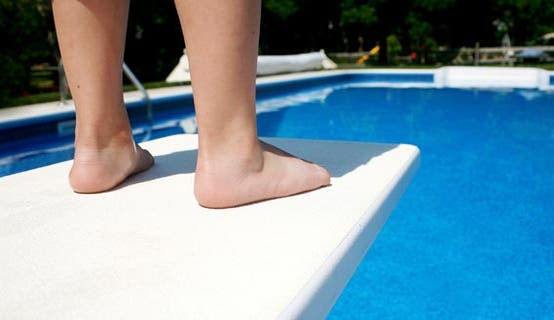 When the Federal Open Market Committee met in April, the nation’s central bankers appeared to be mostly opposed to taking the plunge by raising interest rates as soon as June. That’s the indication from just-released minutes from the Federal Reserve’s private policy-setting session.

Here’s how the Fed puts it: “Many participants … thought it unlikely that the data available in June would provide sufficient confirmation that the conditions for raising the target range for the federal funds rate had been satisfied, although they generally did not rule out this possibility.”

Here’s a translation, from John Canally, economist at LPL Financial: Officials appear to be approaching the rate hike question on a meeting-by-meeting basis, as opposed to giving notice well ahead of time. “The latest minutes show that the decision is still very much data dependent, and that a June hike was all but off the table,” Canally says.

The minutes are looked at closely for signs about future decisions. The April meeting did not include a news conference held by Chair Janet Yellen. However, she will face reporters after next’s month’s meeting.

‘Transitory’ weakness in the economy

In the realm of Fed-speak, central bankers prefer to use the word “transitory” instead of temporary. The former, fancier term appears 13 times in the minutes, with FOMC members noting that “economic growth had slowed during the winter months, in part reflecting transitory factors.”

What were they? “Most notably, the severe winter weather in some regions had reportedly weighed on economic activity, and the labor dispute at West Coast ports temporarily disrupted some supply chains,” the minutes say.

Gross domestic product, the main measure of economic growth, was initially reported to have expanded at an annual rate of just 0.2 percent in the first quarter. Economists believe next week’s revision will make that number negative, pointing to contraction in the first three months of the year.

In the minutes, Fed officials indicate they’re confident that growth will resume as the year continues.

There’s been plenty of speculation about the timing of a rate hike, which appears to be slipping from previous expectations that it could happen this summer.

Some observers have suggested that the Fed might opt to raise rates only at a meeting with a news conference, such as June or September. But Chair Yellen has sought to dampen that speculation, telling reporters that a teleconference could be hastily scheduled with them if needed.

The minutes suggest there was discussion in April whether officials should effectively warn about the possibility of a rate hike at the following meetings. As the minutes put it, policymakers talked about “merits of providing an explicit indication … that the target range for the federal funds rate would likely be raised in the near term.” Instead, it appears they preferred to deal with the rate hike question on a “meeting-by-meeting basis.”

In the end, says economist Canally, the minutes tell us that the FOMC is “still fairly divided as to when, and why they will begin raising rates.”