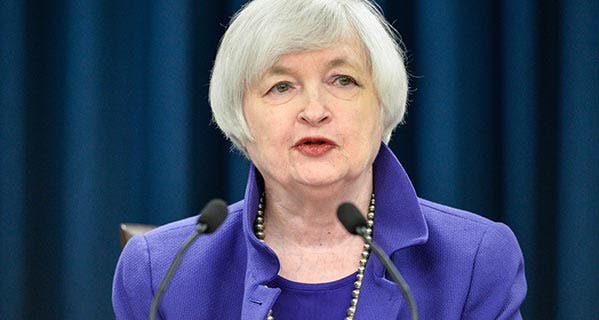 Financial markets were practically counting on the Federal Reserve to boost interest rates at last month’s meeting, but the decision was no slam dunk for members of the central bank’s policy panel, according to newly released minutes from the meeting.

“Some members said that their decision to raise the target range (for the federal funds rate) was a close call, particularly given the uncertainty about inflation dynamics, and emphasized the need to monitor the progress of inflation closely,” the minutes state.

The Fed increased the target for its benchmark interest rate by a quarter-point on Dec. 16, to a range of 0.25% to 0.50%. The rate hike was the first in more than 9 years and lifted the federal funds rate off a record-low level where it had sat for 7 years.

The minutes indicate that the Fed was concerned that if it waited too long to raise rates, it might later be forced to crank them up more abruptly, potentially disrupting economic activity. At the same time, some policymakers were worried that slumping oil prices and the strong dollar might keep already-weak inflation from reaching the central bank’s 2% goal.

Future rate hikes will be ‘gradual’

So what’s next? How will the Fed proceed with its plans to “normalize” interest rates?

In other words, “The Fed appears to be eyeing 4 quarter-point rate increases in 2016, but that depends on a lot of factors falling into place,” Curt Long, chief economist for the National Association of Federal Credit Unions, says in a news release.

Central bank policymakers meet again Jan. 26-27. It is widely expected that the Fed won’t raise rates again before the March meeting, the first one this year that will be followed by news conference given by Federal Reserve Board Chair Janet Yellen.